Baywatch India Box Office: The film's highest box office score was recorded on Saturday with ticket sales worth Rs 1.75 crore while Monday was the lowest 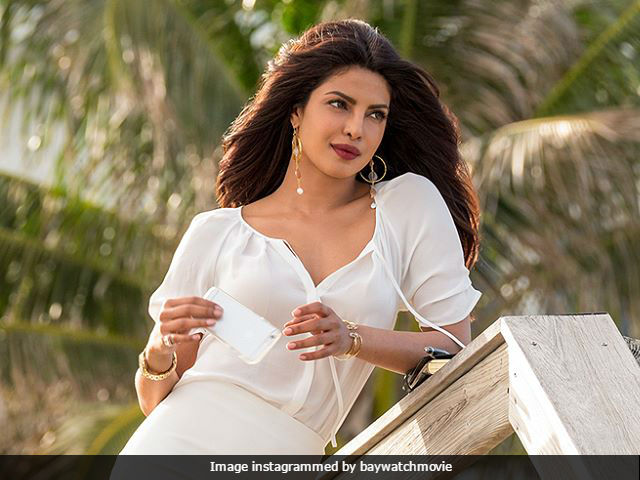 New Delhi: It appears footfalls are getting lesser and lesser each passing day for Priyanka Chopra's maiden Hollywood project Baywatch in India. Baywatch hit screens in the US on May 26 and arrived in India on June 2. In four days of its stay at the Indian theatres, Baywatch has managed a sum of Rs 7.50 crore, reported Box Office India. The film's highest box office score was recorded on Saturday with ticket sales worth Rs 1.75 crore while Monday was the lowest. Baywatch delivered similar performances on its opening day and Sunday with Rs 1.5 crore. Baywatch overall ticket sales also includes an amount of Rs 25,00,000 from paid previews.

Meanwhile, Baywatch clashed with Hollywood's much-awaited superhero movie Wonder Woman, which currently dominates the US box office. Baywatch ranks at #5 with Guardians of the Galaxy Vol 2 taking up the fourth place. Pirates of the Caribbean: Dead Men Tell No Tales is the third movie in line while Captain Underpants has secured the second spot.

Priyanka Chopra plays "bombshell of a villain" Victoria Leeds in Baywatch. Here's what Raja Sen has to say in his review for NDTV: "The villain of the piece is Priyanka Chopra, vamping it up and having fun swearing like a sailor. Playing an attractive drug-dealer, she cannily uses this film to deliver a barely-disguised showreel to studios in need of a baddie. "I'm not a Bond villain," she even says, perhaps prophetically, in as many words, 'Yet'."