Bank strike: From September 26 to 27, four organisations representing four lakh officers across the country will go on strike. 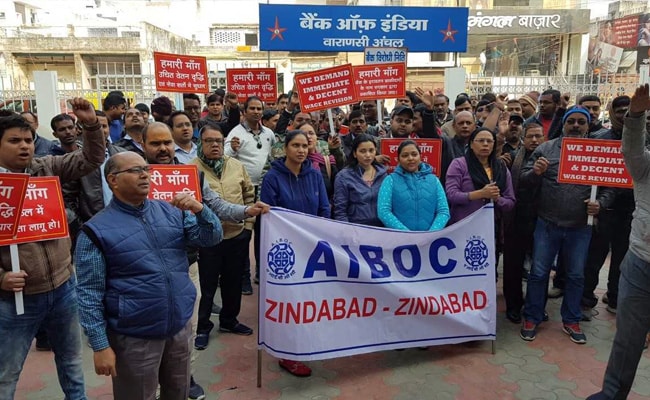 Around four lakh bank employees across the country are set to go on a strike on September 26 and 27 to protest against the merger of public sector banks.

"From September 26 to 27, four organisations representing four lakh officers across the country will go on strike. We are opposing the merger of public sector banks as it is against the general public," R Sekaran, Secretary of All India Bank Officers' Confederation's (AIBOC), Tamil Nadu unit, told ANI.

Mr Sekaran accused the centre of taking "unilateral action" in the matter.

"Four lakh banking personnel will participate in the strike and Rs 48,000 crore worth of transactions will be affected in a day," Mr Sekaran said.

On being asked about the inconvenience caused to the customers, the official asserted that the organisation is protesting for the interest of the general public.

"We are fighting for the people. Going on strike is our last resort. We made several agitations but to no avail. Public sector banks should continue to exist," said Mr Sekaran.