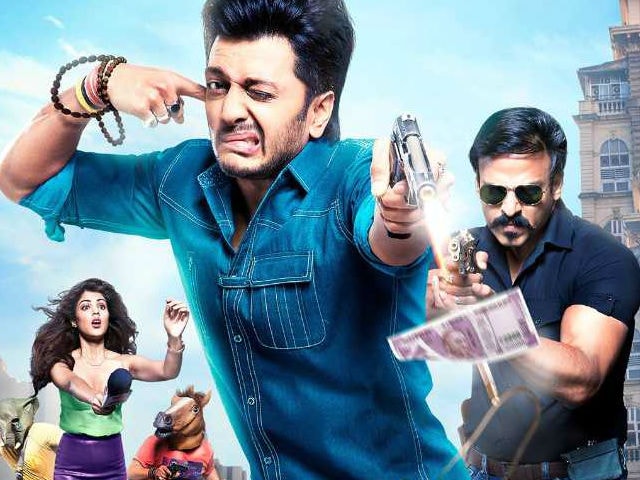 The first fifteen minutes of Bank Chor are pretty funny. There is a zingy energy to a few gags - a bank teller complains about lack of flavour in the food to which a customer shouts out the suggestion to add salt from across the glass window, and a desperate search for wi-fi leads to disaster - and there is silliness in every direction. A cop looks into a news camera and grins with pride as he theatrically announces that the police have arrived, robbers dress in horse and elephant masks, and even characters whose names aren't mentioned have names borrowed from sitcoms, like The Big Bang Theory.

This, then, is a goof. Directed by a gentleman named Bumpy and featuring a bank-robber crippled by vaastu beliefs, this is clearly not a film trying to be taken seriously. Which is perfectly fine. The premise of a bank robbery gone chaotic can lead to laughs, and all this farce had to aim at was to constantly and unpredictably keep tickling the audience. A fun little Donkey Day Afternoon, as it were. 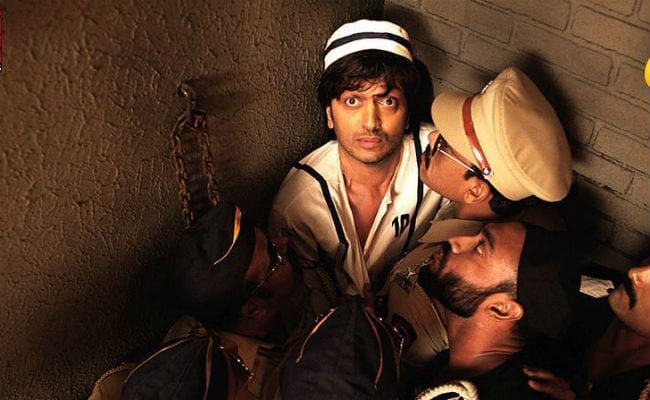 Tragically, after a little while the film starts to concentrate on the plot and its needlessly twisty twists, going from a spoofy little comedy to an insipid thriller where the stakes never feel real. This shifting of gears is tricky, and the filmmakers aren't finessed enough to manage the switch. As a result Bank Chor is neither funny enough nor compelling enough. At some point this film invokes Dhoom: 3, that most imbecilic of films from the Yash Raj stable, and, well, with idols like those...

Riteish Deshmukh is a reasonably good comic performer, but the film's over-reliance on twists and final-act revelations make sure he's trapped in a thankless role for most of the film. The actors playing his hapless henchmen, give the film all they can, but what could any performers - even actually talented actors - do where the script constantly serves up tired Delhi versus Bombay jokes? Though I must admit it feels good to see Deshmukh reluctantly agree that if, as he suggests in a fit of anger, all the Delhi folk return to their city, nobody will be left to actually make Bombay work. Promoted
Listen to the latest songs, only on JioSaavn.com
Rhea Chakraborty, a news anchor constantly parroting that she is a graduate of the plausibly named Lady Immaculate college, speaks about idolising Arnab Goswami - whom she calls 'Argo' - but, while potentially interesting and definitely spritely, this character isn't given anything to do but plead. The character who has stuff to do is Vivek Oberoi, playing a hipflask-toting supercop who likes his criminals dead. While this might be the most watchable film he's been in for several years now, that really isn't saying much. Sahil Vaid, an amusing actor, has a meaty role here, that of a Faizabad fellow who can't stand casually informal speech - he furiously objects to all the tu-tadaak - but when the situation boils over, we see him tu-ing it as well. There is a distinct lack of consistency through the film.


There is also, rather upsettingly, a serious lack of Baba Sehgal. The pioneering rapper of the 90s shows up to play himself - and speaks like he tweets, in ridiculous rhyme - and while Sehgal is a scene-stealer, he isn't allowed to rob much. The film cruelly first gags him and then disposes of his role unceremoniously, and that is truly, truly unwise. Bank Chor has a few mildly amusing moments, but it could have been a genuinely funny film. The setup is there, the characters are there, Deshmukh is around and game to embrace the nuttiness. Yet the film keeps relentlessly spinning its wheels - while insisting on showing us just how much it is spinning said wheels - and finally becomes the kind of film it is trying to spoof. Even a substandard or cliched basic plotline could have been sidestepped were only the gags smart enough, or, at least, that there were enough of them. This one spends too much time not going for the laughs. It starts off being about blank chors, and ends up a bank bore.