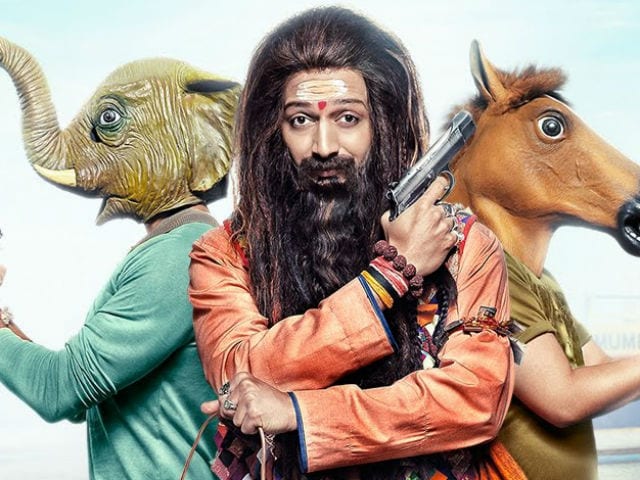 Bank Chor Box Office: A poster of the film

New Delhi: Bank Chor has doubled its box office score after its second day at the theatres and it is Rs 3.06 crores and counting, tweeted trade analyst Taran Adarsh. Bank Chor brings together Riteish Deshmukh, Vivek Oberoi and Rhea Chakraborty together for the first time. Team Bank Chor is headlined by Riteish as Champak Chandrakant Chiplunkar of Chinchpokli, who also gets maximum screen time in the film. Vivek features as CBI special agent Amjad Khan while Rhea plays a journalist. Actors Vikram Thapa and Bhuvan Arora have been cast as Champak's accomplices while the comedy also stars Sahil Vaid and Baba Sehgal in key roles. Bank Chor is from the studios of Y-Films and is made on a budget of Rs 15 crores, one-fifth of which the film has already made. Sunday might prove to be a difficult day for the movie because of the Champions Trophy finale between India and Pakistan.

Promoted
Listen to the latest songs, only on JioSaavn.com
In his review for NDTV Movies, Saibal Chatterjee underlines how the story about a bank heist takes off: "The film opens with the bumbling trio storming into a bank, one in the guise of a godman, the other two hiding behind the heads of an elephant and a horse. As they monkey around on the bank premises, the leader of the pack repeatedly describes himself as a majboor aam aadmi but trots out contradictory reasons for his decision to rob a bank," he writes.

Bank Chor has been directed by Bumpy, who is one of the co-directors of 2011 film Luv Ka The End. The film tracks the story of an amateurish bank robbery which changes the lives of the characters played by Vivek and Rhea.