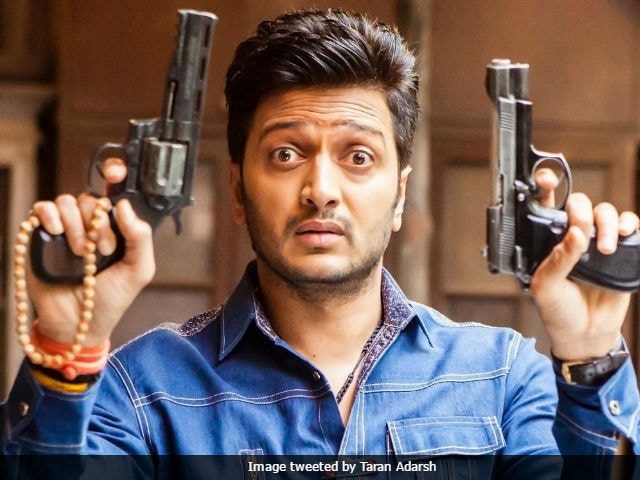 In his review for NDTV, film critic Raja Sen said: "Even a substandard or cliched basic plotline could have been sidestepped were only the gags smart enough, or, at least, that there were enough of them. This one spends too much time not going for the laughs. It starts off being about blank chors, and ends up a bank bore." He gave the film 2 stars out of 5.

Promoted
Listen to the latest songs, only on JioSaavn.com
Watch the trailer of Bank Chor:


Bank Chor follows the event of an unfateful day when three amateur bank robbers - played by Riteish, Vikram Thapa and Bhuvan Arora - decide to stage a heist and Inspector Amjad Khan (Vivek Oberoi) is assigned to catch the thieves. The robbers apparently may have an ulterior motive to rob the bank but all things go haywire on the day of their plan's execution.