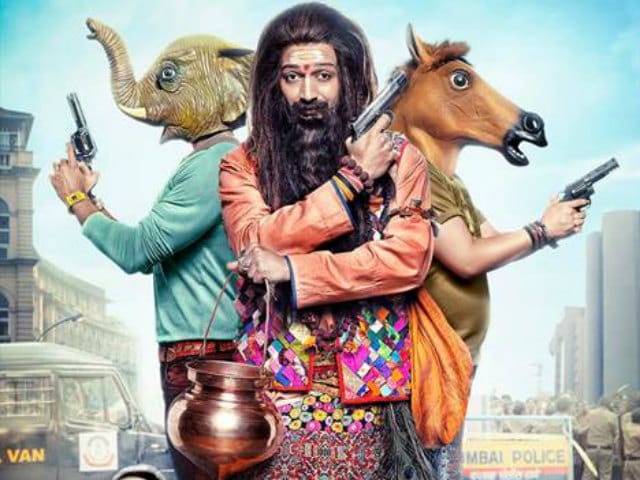 New Delhi: Riteish Deshmukh and Vivek Oberoi's latest film Bank Chor, which opened last Friday, hasn't managed has reportedly failed to leave a mark at the box office. On Monday (Day 1), Bank Chor earned Rs 90 lakh, reports Box Office India. Adding up the earnings of four days, the film has so far collected Rs 5.25 crore. Over the weekend, the film did a business of over Rs 3 crore. Bank Chor stars Riteish Deshmukh as an amateur robber Champak Chandrakant Chiplunkar of Chinchpokli, who along with his partners in crime - Vikram Thapa and Bhuvan Arora, plan a bank robbery. Meanwhile, Vivek Oberoi plays Amjad Khan, a cop assigned to catch the criminals. Rhea Chakraborty stars as news reporter. Bank Chor is directed by Bumpy, who co-directed Luv Ka The End.

In his review for NDTV, film critic Saibal Chatterjee wrote, "Bank Chor is a wasted opportunity. It doesn't raise as much as a mild chortle, let alone a hearty chuckle. Not thrilling either despite strenuous efforts, it is a massive chore to watch. Bank Chor tries overly hard to be funny but it isn't as smart as the makers think it is." He gave the film 1.5 stars out of 5.

Promoted
Listen to the latest songs, only on JioSaavn.com
Bank Chor is Riteish Deshmukh and Vivek Oberoi's first release of the year. The actors have earlier co-starred in all the three films of Masti series.

Bank Chor is produced by Y-Films, a subsidy of Yash Raj Films. It released along with Hollywood films Despicable Me 3 and Cars 3.