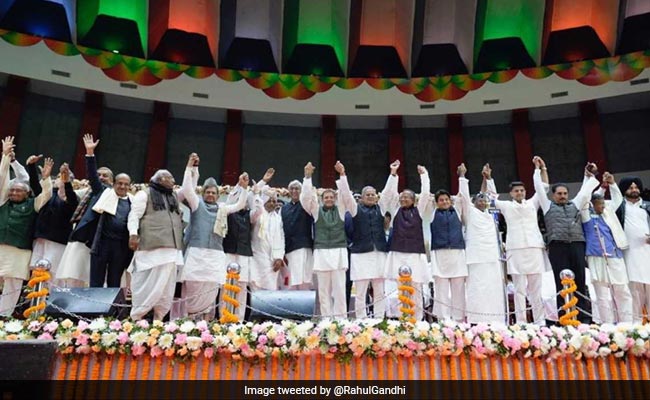 Opposition leaders at the Congress swearing-in ceremony in Chhattisgarh.

Bhopal: The Congress took charge today in three heartland states that it seized from the ruling BJP in recent state elections. The Chief Ministers of Rajasthan, Madhya Pradesh and Chhattisgarh have taken oath in events serving as a mega gathering of opposition parties. The Congress hired an aircraft and buses to ferry the leaders from one state capital to the other. But the gathering has lost much of its sheen, with three of the top opposition leaders, Mamata Banerjee, Akhilesh Yadav and Mayawati, skipping it. Kamal Nath, the new Chief Minister of Madhya Pradesh, said both Mayawati and Mamata Banerjee have "genuine reasons" for their absence.