The student leader had gone missing from his home on October 5, after which his family filed a police complaint. 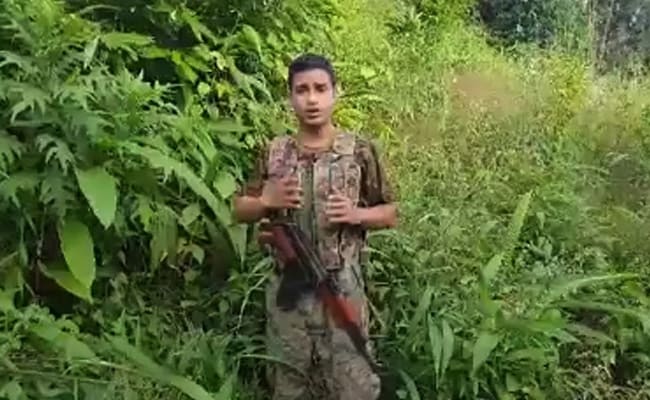 A video of the student leader swearing allegiance to ULFA has gone viral on social media.

A video showing a former student leader swearing allegiance to a faction of the banned United Liberation Front of Assam (ULFA-I) in battle fatigues has gone viral on the social media, heightening tensions in a state already in the throes of rising anti-migrant sentiment. Pankaj Pratim Dutta was the vice-president of the of the All Assam Students Union's Dergaon regional committee and a vocal opponent of the BJP-led Union government's plan to grant citizenship to Bangladeshi Hindu refugees as part of the proposed Citizen Amendment Bill-2016 before he decided to join insurgent ranks.

Mr Dutta has entered ULFA-I, led by insurgent leader Paresh Baruah, at a time when the Assam government is in the process of updating the controversial National Register of Citizens. He had gone missing early last month, after which his family filed a police complaint.

The video shows the student leader apologising to the AASU leadership for leaving it without notice, and then elaborating on his reasons for doing so. "As a representative of the new generation, I believe there is no alternative to an independent and sovereign Assam," he alleges in the local language. "Assam has always been at the receiving end of those in power in New Delhi, begging on its knees to get its legitimate share (of resources and funds). While the indigenous population has been marginalised, migrants are enjoying every benefit."

Mr Dutta goes on to say that while ULFA-I comprises just a handful of people, they have done a lot for the state. "It is because of the sacrifices made by this handful of revolutionaries that the Assamese people take pride in their ethnic identity today," he adds

The former student leader had left his home on October 5 after telling family members that he was going to Guwahati.