Officials said the NCB team visited SRK's mansion "to complete paperwork" and not for any searches. Another team of the anti-drugs agency raided the home of actor Ananya Panday.

Today morning, Shah Rukh Khan had visited Mumbai's Arthur Road Jail to meet with his son Aryan for the first time since his arrest after a drugs raid on a rave party on a cruise ship off Mumbai on October 2.

Aryan Khan, 23, who has been in jail for 14 days, was denied bail by a special court in Mumbai yesterday. He has now approached the Bombay High Court, which will take up his request on Tuesday.

"Summons Doesn't Mean...": Officer On Actor Ananya Panday Questioning
Just because Ananya Panday was summoned doesn't mean she is a suspect, an official of Narcotics Control Bureau (NCB) said as the 22-year-old actor was questioned for two hours in connection with the drugs-on-cruise case.
Oct 21, 2021 20:05 (IST)

Ananya Panday Leaves Anti-Drug Agency Office, Called At 11 am Tomorrow
Ananya Panday was questioned for two hours today by the Narcotics Control Bureau, which raided her Mumbai home and also seized her laptop and mobile phone in its investigations into the drugs-on-cruise case.
Oct 21, 2021 18:41 (IST)

"NCB showed the WhatsApp chats of #AryanKhan, which revealed he was involved in illicit drug activities. He was an active conspirator": @ashwani_dube, Political Analyst (Pro-BJP) pic.twitter.com/WR9hmcCzFZ 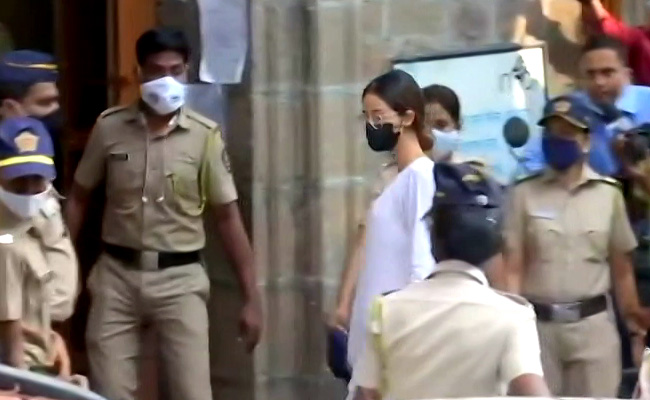 #WATCH | Mumbai: Actor Ananya Panday leaves from her residence for the NCB office as she has been summoned for questioning today pic.twitter.com/t0m2JcViY4

Search was conducted this morning, we have given our summons, now we will follow the procedure, can't disclose further...: Ashok Mutha Jain, NCB DDG on summon to actor Ananya Panday pic.twitter.com/vXCF24jixY

Actor Ananya Panday's Mumbai home has been raided by the Narcotics Control Bureau (NCB) and she has been called for questioning by the anti-drugs agency at 2 pm.

The actor's name reportedly featured in the WhatsApp chats of one of the accused in the drugs-on-cruise case, in which Aryan Khan was arrested along with 19 others earlier this month.

Oct 21, 2021 13:13 (IST)
Anti-Drugs Agency At Ananya Pandey's Residence In Mumbai
A team of Narcotics Control Bureau (NCB) on Thursday was seen at Bollywood actor Ananya Pandey's residence in Mumbai. She has been summoned by the probe agency and is likely to appear before NCB at 2 pm today. 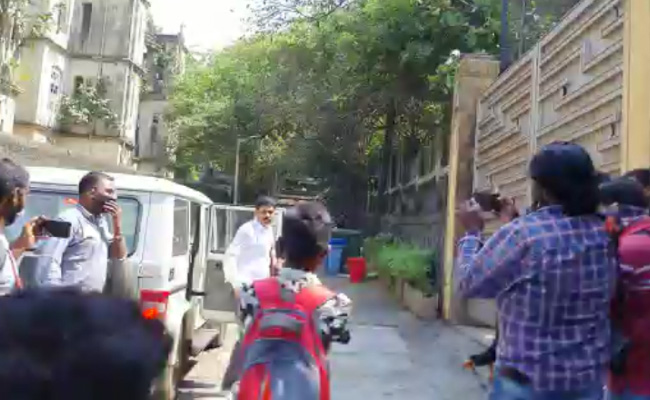 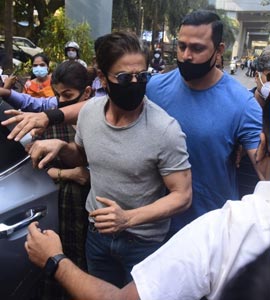 Actor Shah Rukh Khan came to Mumbai's Arthur Road jail today to meet his son Aryan Khan for the first time after he was arrested in the drugs-on-cruise case on October 3. Aryan's bail has been denied twice by a local court.

Aryan Khan's WhatsApp chats appeared to reveal that he regularly indulged in "illicit drug activities", a special court in Mumbai said on Wednesday, as it turned down the bail application filed by the son of Bollywood superstar Shah Rukh Khan in the drugs-on-cruise case. Read more