The accused, Anil Sharma, was arrested on Tuesday and was interrogated jointly by the local police, Special Cell and Intelligence Bureau. 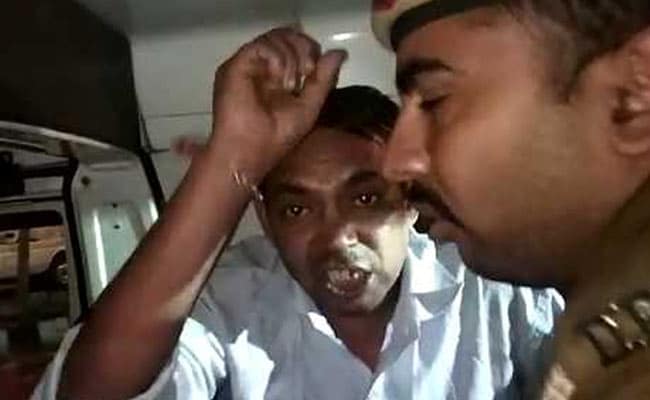 Anil Sharma was detained by police personnel on Tuesday. (File)

The 40-year-old man, who allegedly flung chilli powder at Delhi Chief Minister Arvind Kejriwal, had broken glass panes at the reception area of the Delhi Secretariat one-and-a-half years ago after he failed to get an audience with the Chief Minister, the police said.

The accused, Anil Sharma, was arrested on Tuesday and was interrogated jointly by the local police, Special Cell and Intelligence Bureau.

During interrogation, he claimed that he had tried to meet Mr Kejriwal one-and-a-half-years ago but after he could not meet him, he broke the glass panes in the reception area of Delhi Secretariat.

Police said they will be verifying his claims and are further probing the matter.

He told the investigators he is married and has a daughter. His wife stays with her parents in Haridwar.

He graduated from a university in Meerut and was employed as a contractual worker with a company in Gurgaon at a salary of Rs 14,000 per month, he told police.

He told sleuths that he was earlier addicted to ganja but had quit drugs.