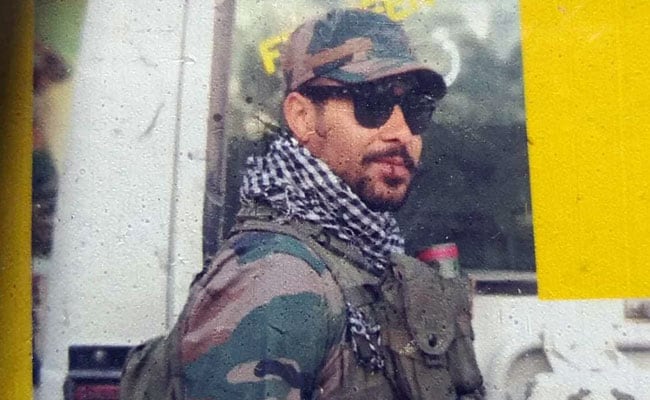 A soldier who is the key suspect in the killing of a police inspector in mob frenzy over cow slaughter in Uttar Pradesh's Bulandshahr on Monday, has been detained, sources have told NDTV. Jitendra Malik, also known as Jeetu Fauji, was detained last night by a team of the Uttar Pradesh police from Jammu and Kashmir's Sopore town, sources said. However, the army and the police have officially not confirmed it.

Jeetu Fauji, who is posted in Srinagar, was in his hometown Bulandshahr on 15 day leave when the mob violence took place, and can be seen in various videos shot that day. Sources say he fled to Sopore the same evening inspector Subodh Kumar Singh and a civilian were killed.

Police sources say they are investigating whether Jeetu Fauji could have fired the shot that killed Subodh Kumar Singh. A senior officer investigating the incident told NDTV it is too soon to say conclusively that Jeetu Fauji is the one who shot inspector Singh.

Inspector Subodh Kumar Singh and his team had gone to the village to tackle the violence when they came under attack. On video, a wild mob is seen chasing the policemen and shouting: "Maaro, take his gun!" Inspector Singh was assaulted with a sharp weapon and then shot in the head.

At least eight people have been arrested for the mob violence which erupted after cow carcasses were found scattered in a forest near a village.

Today, the top officer in Bulandshahr, and two other officers were transferred for not being fast enough in reacting to the situation that arose after animal carcasses were found. Senior Superintendent of Police Krishna Bahadur Singh has been moved to Lucknow and he has been replaced by the Superintendent of Police of Sitapur, Prabhakar Chaudhary.

The action was taken after a high-level meeting by the Director General of Police (DGP) OP Singh, who had handed over the report to Chief Minister Yogi Adityanath.

Meanwhile, Yogi Adityanath has called the Bulandshahr incident an "accident".