Soldiers carried the woman and her newborn for 6 km in knee-deep snow and helped them to reach their home, the Army's China Corp tweeted. 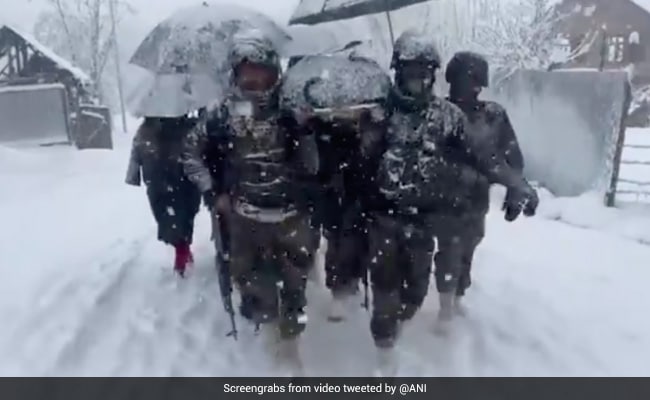 Army carried the woman and her newborn for 6 km

The Indian Army on Saturday helped a woman reach her home, after she was stuck with her newborn child at a hospital in the Kupwara district of Jammu and Kashmir due to heavy snowfall.

The Chinar Corps of the Indian Army said on Twitter that the soldiers carried the wife and newborn child of Farooq Khasana, who is a resident of the district's Dardpora, for 6 km in knee-deep snow and helped them to reach their home.

"Indian Army soldiers carried the wife and newborn of Farooq Khasana of Dardpora, Lolab, for 6 km in knee-deep snow and safely rescued them to their home," the Chinar Corps - Indian Army tweeted.

"Farooq Khasana's wife gave birth to a child yesterday in a hospital. After being discharged, the two were stuck there due to heavy snowfall," a relative of the family said.

"Army official in 28 RR Battalion helped them reach home. I am very thankful to them," he added.