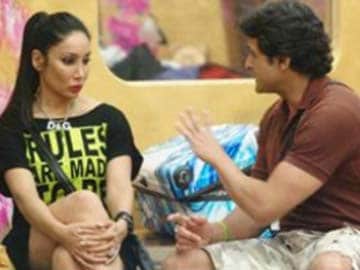 Lonavla: Actor Armaan Kohli, a participant on reality show Bigg Boss Season 7, has been arrested by the Lonavla Police for alleged physical abuse.

The 41-year-old actor was arrested following a complaint by fellow Bigg Boss participant and actor Sofia Hayat alleging she was manhandled by Mr Kohli on the show which airs on Colors TV.

Mr Kohli has been booked under sections 324 (voluntarily causing hurt by dangerous weapons or means), 504 (intentional insult to provoke breach of peace) and 509 (word, gesture or act intended to outrage the modesty of a woman) 506 (criminal intimidation) and 354 a (sexual harassment) of the Indian Penal Code. He will be produced in Wadgaon Maval court near Lonavala today.

Mr Kohli allegedly hit Ms Hayat, 29, on the face with a mop which she was using to wipe the windscreen of a car during a task on the show. The British-Pakistani actress and model claims that Bigg Boss didn't air the footage of Mr Kohli hitting her since children also watched the show.

The Lonavla Police had collected the raw footage of the incident from the set of Bigg Boss in the afternoon and after it was allegedly established that Mr Kohli had hit Ms Hayat, the arrest was made late at night.

"A 6 feet two inches man hit me on my face with a stick. I thought he will be evicted but he was not. He is a very violent and aggressive person. He should not be given a second chance to hit any other woman. I don't want to teach him a lesson. I just want to do what is right," she had said in a statement.

Promoted
Listen to the latest songs, only on JioSaavn.com
"I want Armaan to go to jail for at least a month. He should be punished. The world needs to know that India will not tolerate this behaviour, India stands behind its women," she said.

Ms Hayat was eliminated from the show earlier this month. She had complained about Mr Kohli's behaviour towards her to show host Salman Khan, who told her to be more assertive with Mr Kohli.