Anti-rape law: age of consent to be raised back to 18; new bill likely to be tabled in Lok Sabha tomorrow 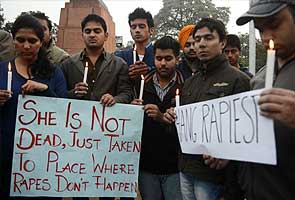 New Delhi: After objections raised by different political parties over lowering the age of consent from 18 to 16 in a proposed anti-rape law, the government has agreed to raise it back to 18, sources said. The government will now a present a new bill which is likely to be tabled in the Lok Sabha tomorrow.

At the two all-party meetings today, many political parties raised objections over lowering the age of consent. The BJP and some other parties felt this encourages pre-marital sex, since women have to be at least 18 years old to get married.

The Samajwadi Party, headed by Mulayam Singh Yadav, said it is not comfortable with stalking and voyeurism being recognised as criminal offences without clearer definition because this can be misused to file false cases against men. The government is likely to dilute that clause in the new bill, sources said.

"The government is all set to bring the anti-rape bill tomorrow. We will incorporate suggestions by Opposition and all major parties," Law Minister Ashwani Kumar told NDTV.

The new bill that proposes these laws must be introduced and cleared by Parliament by March 22, when it takes a one-month break. If that does not happen, changes to laws punishing crimes against women, introduced through an ordinance by the government in February, will lapse.

The exigent need for updated and stronger laws to protect women was driven home grimly by the fatal gang-rape of a medical student on a moving bus in Delhi in December. The monstrous attack triggered nationwide protests and a demand for better safety for women.

The government set up a three-member committee of legal experts to propose amendments to existing laws.  The JS Verma Commission, named for the former chief justice who headed the panel, submitted its suggestions to the government, which incorporated most of them into an ordinance that was introduced in February.

The government over-ruled the Verma Commission and introduced the death penalty for extreme cases of sexual assault. It also ignored the recommendation to criminalise marital rape.