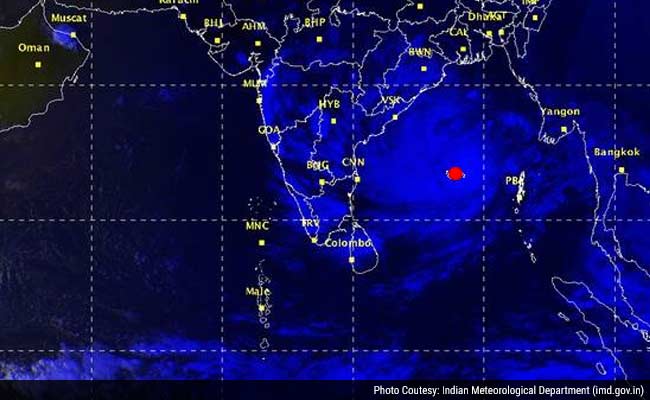 Hyderabad: The government in Andhra Pradesh is stocking shelters with rations, deploying disaster response forces and prepping for the possible need for mass evacuations as an increasingly powerful cyclone hurtles towards India's southeast coast.

Cyclone Hudhud is moving in from the Bay of Bengal and is expected to hit the coast of Andhra Pradesh and Odisha on Sunday morning, packing wind speeds of up to 140 kph (87 mph).

Hudhud (named for a bird) is now classified as a Category 1 severe cyclonic storm on a scale that rises to Category 5. It is predicted to strengthen to Category 4 before landfall around the port city of Visakhapatnam in Andhra Pradesh.

Odisha Chief Minister Naveen Patnaik has requested Defence Minister Arun Jaitley to ask the Air Force to be ready to help with rescue and relief operations, if needed.

"We are assessing the probable habitations which are to be evacuated," said Visakhapatnam District Head N Yuvaraj. "We have also have warned fishermen not to venture out to sea, and are sending communication to those already out there to return to the coast," he added.

The MeT department warns that heavy rainfall and strong winds are likely to disrupt electricity and telecommunications services, and road and rail traffic. It warned of flooding and storm surges up to two metres (6.5 feet) in low-lying areas.

A year ago, a severe cyclone called Phailin battered the same region.

Strong disaster preparedness, including the evacuation of nearly one million people to cyclone shelters, helped save many lives. Phailin's death toll was 53; a monster storm in 1999 which hit this area killed 10,000 people.

Promoted
Listen to the latest songs, only on JioSaavn.com
Thousands of members of the National and State Disaster Response Forces, and the fire services, are being sent to coastal areas to prepare for search and rescue operations and assist with evacuations.