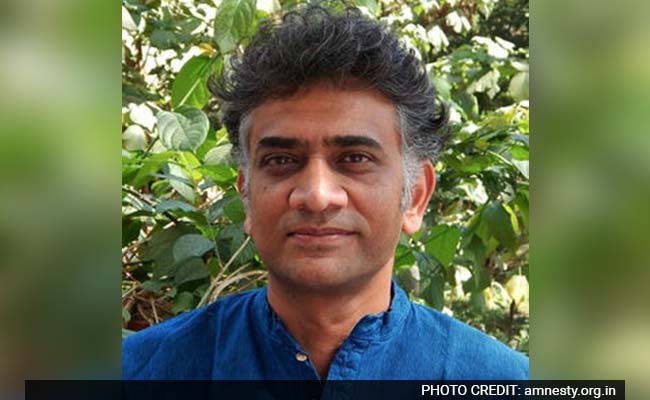 London: Authorities have allegedly failed to "prevent many incidents of religious violence" and sometimes "contributed to tensions through polarising speeches", Amnesty International has said as it condemned the alleged "rise in intolerance" in the country in its annual report released today.

The rights body in it its report for 2015-16 warned against worldwide assault of freedoms with many governments "brazenly" breaking international law, and alleged an "intensified crackdown on key freedoms" in India.

"Scores of artists, writers and scientists returned national honours in protest against what they said was a climate of growing intolerance," the report said in reference to India.

"Authorities clamped down on civil society organisations critical of official policies, and increased restrictions on foreign funding. Religious tensions intensified, and gender and caste-based discrimination and violence remained pervasive. Censorship and attacks on freedom of expression by hardline religious groups grew," it added.

"What is heartening is that there has been opposition to the erosion of rights. The widespread outrage around incidents of religious intolerance, a Supreme Court ruling striking down an oppressive law on free speech online, the many public protests against ill-conceived reforms to land acquisition laws - these offer hope that 2016 can be a better year for human rights in India."

Amnesty rebuked Indian authorities for "failing to prevent many incidents of religious violence, and sometimes contributing to tensions through polarising speeches and pervasive caste-based discrimination and violence".

"There was some progress when the lower house of Parliament passed an amendment to the Scheduled Castes and the Scheduled Tribes (Prevention of Atrocities) Act, recognising new offences and requiring that special courts be established to try them, and stipulating that victims and witnesses receive protection," it said.

"In a positive move, the Supreme Court directed states to install closed-circuit television in all prisons to prevent torture and other violations, while the government stated it was considering amending the Penal Code to specifically recognise torture as a crime," it noted.

In another positive development, it lauded a historic peace framework agreement reached in Northeastern India between the government and the "influential armed group National Socialist Council of Nagaland (Isak-Muivah faction)".