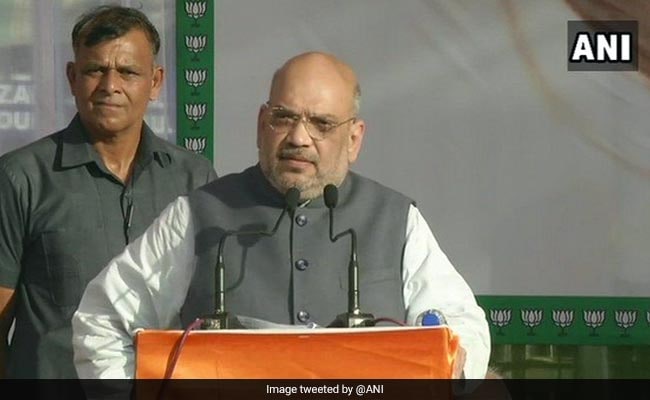 Amit Shah clarified, saying he was not making any comment against anybody in particular

Speaking on 'Arya Chanakya's life and his work in today's context' at RMP, an institute closely associated with the RSS, Mr Shah said Chanakya's writings on various topics such as economics, politics, foreign affairs, security, education, social science are still valid in the contemporary context.

"As far as his (Chanakya's) thoughts about the rulers are concerned, he had opposed the idea of dynasty for running the kingdom. He said it was not necessary that one who is senior but not capable should be given the reins of a kingdom. The most capable, even if he is younger, should run the kingdom," said Mr Shah quoting Chanakya.

Chanakya, also known as Kautilya, was also a jurist and royal advisor who had authored the ancient Indian political treatise, the 'Arthashastra'. He is considered the pioneer of the field of political science and economics in India.

Mr Shah said, "(According to Chanakya) if a ruler has only son but he is not capable of ruling the kingdom, the ministry of the kingdom should select the capable one".

Mr Shah, however, clarified that he was not making any comment against anybody in particular.

"Chanakya has already written that the king is the principal servant of the Constitution and our Prime Minister too said he was the pradhan sevak. Chanakya had written that the ruler should aim that the last man should be included in the process of development. Our PM's slogan 'Sabka Sath Sabka Vikas' is on the similar line," the BJP chief said.

Mr Shah said Chanakya's works were not given due importance in today's educational curriculum.

He urged the RMP to translate manuscripts which are in Pandu lipi (script) into Indian languages.

Earlier in the day, Mr Shah visited the palanquin of Saint Dnyaneshwar.

Later, he called on noted historian Babasaheb Purandare as a part of the BJP's outreach campaign "Sampark for Samarthan".