Amar Jawan Jyoti is a memorial symbolised by an inverted bayonet and soldier''s helmet over it with an eternal flame burning beside it. 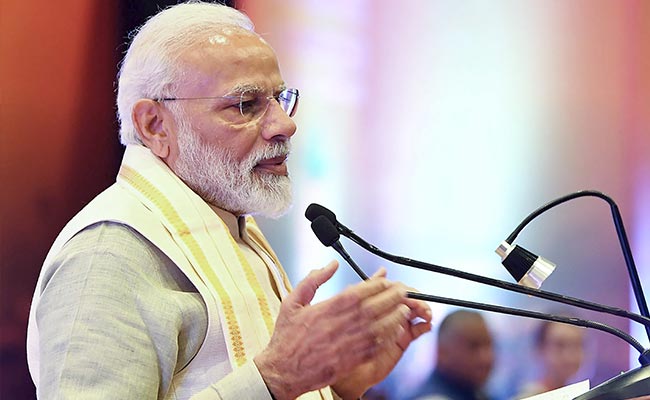 The nation will get a new eternal flame on Monday when Prime Minister Narendra Modi inaugurates the National War Memorial, but Amar Jawan Jyoti will continue as it is an "inseparable" part of the country's history, defence officials said Sunday.

PM Modi will dedicate the memorial to the nation built in memory of soldiers killed in action since Independence, at the India Gate complex, by lighting a flame positioned at the bottom of the stone-made obelisk.

During a brief, ahead of the inauguration, Chief of Integrated Defence Staff Lt Gen P S Rajeshwar said the Amar Jawan Jyoti, built in 1972 underneath the India Gate arch to commemorate soldiers martyred in the Indo-Pak War of 1971, "will continue to be there".

"Wreath-laying ceremony on all designated days will be held at the National War Memorial built in memory of soldiers and unsung heroes who have laid down their lives defending the nation since Independence. A new flame will come up there. But the eternal flame at Amar Jawan Jyoti will stay. We have inherited that flame," he said.

Amar Jawan Jyoti is a memorial symbolised by an inverted bayonet and soldier's helmet over it with an eternal flame burning beside it.

It was built in 1972 underneath the India Gate arch to commemorate soldiers martyred in the Indo-Pak War of 1971.

The National War Memorial, spread over 40 acres in the India Gate complex behind the canopy, is dedicated to soldiers killed during the Indo-China War in 1962, Indo-Pak Wars in 1947, 1965 and 1971, Indian Peace Keeping Force Operations in Sri Lanka and in the Kargil Conflict in 1999, and also those in the UN peacekeeping missions.

Lt Gen PJS Pannu, who also interacted with the media, said, "Amar Jawan Jyoti is an inseparable part of our history."

"So much emotions are attached to it. And, it is located beneath the India Gate which itself is a war memorial, built during the British-era. So, if any old regiments wish to commemorate their important days and mark an event and pay respect, they can still do it there as well," he said.

The 42 m-high India Gate was built during the British Raj as the All India War Memorial Arch to honour the soldiers who died in the First World War (1914-1918) and the Third Anglo-Afghan War (1919). The landmark has the names of soldiers inscribed on its surface.

"Over 80,000 Indian laid their lives in those campaigns and India Gate bears names of 13,516 etched over its surface. Amar Jawan Jyoti was built to commemorate India''s victory in the Indo-Pak War of 1971. So, both flames will have their own importance," he said.

Lt Gen Rajeshwar said at the new memorial there will be a wreath-laying retreat ceremony held every evening where people can join in.

The names of 25,942 battle casualties have been inscribed across 16 walls at the national memorial.

Asked if new names can be added there, he said, "Yes, there is a scope for that... We will hold a periodic review for that."

He also informed that only names of those soldiers have been included in the new memorial, which were "frozen in time" before we began the construction work began in February last year.

"The cut-off date for including those names of fallen soldiers was till 2017 for the Army and early 2018 for the Air Force and Navy," Mr Rajeshwar said.

He said footfall of about 250 can be accommodated at a time so it will be regulated.