SushilkumarShinde, who had once termed Sharad Pawar as his political guru, caused a flutter on Tuesday when he said the NCP and the Congress will come together "because now they are also tired and we are also tired". 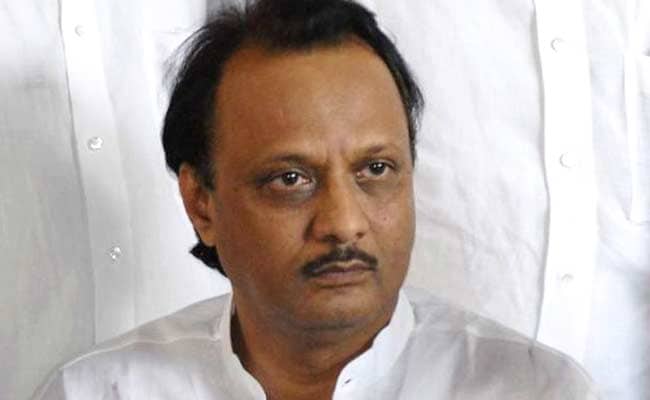 Senior NCP leader Ajit Pawar on Wednesday downplayed Congress veteran Sushilkumar Shinde's statement which had reignited murmurs about the merger of the Sharad Pawar-led party with the Grand Old Party.

Sushilkumar Shinde, who had once termed Sharad Pawar as his political guru, caused a flutter on Tuesday when he said the NCP and the Congress will come together "because now they are also tired and we are also tired".

"He (Sushilkumar Shinde) is a senior leader of Congress and he had expressed his personal opinion. I heard what he said, and according to me, he had expressed what he thinks, which is his right," said Ajit Pawar.

The former deputy chief minister said the Congress and the NCP had fixed their target to win more than 175 seats out of the total 288 constituencies in the October 21 Maharashtra assembly elections.

"I don't want to confuse the party workers of both the NCP and the Congress by making any statement on what he (Sushilkumar Shinde) said or thought," he said.

Ajit Pawar said the NCP and the Congress work separately but have come together as a part of an alliance against the BJP-NDA.

Sushilkumar Shinde's statement about the NCP and the Congress coming together assumed significance given that both the parties are struggling to withstand the BJP blitzkrieg.

Many prominent leaders of Congress and NCP crossed over to the BJP and the Shiv Sena in the run-up to elections, leaving the onerous task of reinvigorating the party rank and file to the Pawar senior.

Mr Pawar had formed the Nationalist Congress Party (NCP) after walking out of the Congress in 1999.

Earlier, speculation about the merger of the NCP with the Congress surfaced in June this year after the then Congress president Rahul Gandhi met Mr Pawar in Delhi to discuss Lok Sabha election results.

Mr Pawar had then discussed the rumours, saying the NCP has its own identity and it will maintain it.

Uddhav Thackeray had alleged that Ajit Pawar shed "crocodile tears" at the presser, a day after he suddenly resigned as MLA from Baramati.

Ajit Pawar had said he took the step as he grew upset over the Enforcement Directorate (ED) filing a case against his uncle in connection with the MSCB scam.

"I think Uddhav Thackeray should better focus to see that the BJP-Sena alliance survives instead of talking about my tears. Maharashtra knows I am not among those who run away or keep crying," he said.

Terming the Fadnavis government "anti-farmer", Ajit Pawar said the export of onions was stopped at a time when farmers are getting better prices for the bulb.

When asked about the BJP seeking to turn withdrawal of the special status of Jammu and Kashmir under Article 370 into a poll plank, Ajit Pawar said he had supported that move because it was a national issue.

"The issue of abrogating Article 370 was a national issue. The BJP should explain to voters about rising inflation, unemployment, suicides by farmers and rise in communal discord," he said.