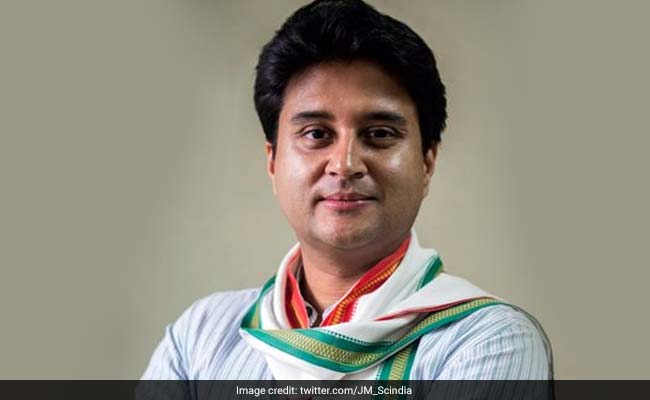 Congress leader Jyotiraditya Scindia has received support from many party leaders in Madhya Pradesh over his tweet in which he had welcomed the centre's move to end special status to Jammu and Kashmir and bifurcate it into two Union territories.

"Whenever it's about the nation, we should all rise above politics. Politicising certain issues is wrong," Mr Bhanot said.

Mr Silawat also backed Mr Scindia's statements over the issue. "He (Scindia) is a senior and experienced leader, so he has made the statements only after serious thought," he said.

Surprisingly, Narayan Tripathi, one of the two rebel MLAs of opposition BJP in the Congress-ruled Madhya Pradesh, has also supported the decision on Jammu and Kashmir.

"Such difficult decisions can be taken in national interest only by a man like Home Minister Amit Shah. Shah's historic decision has made the country proud of him," Mr Tripathi, the BJP MLA from Maihar seat of the Satna district, tweeted in Hindi.

Mr Tripathi, along with another BJP MLA Sharad Kol, had voted in support of an amendment bill, which was backed by the Congress.

Mr Scindia, a former MP from Madhya Pradesh's Guna, had tweeted: "I support the move on Jammu and Kashmir and Ladakh and its full integration into union of India. Would have been better if constitutional process had been followed. No questions could have been raised then. Nevertheless, this is in our country's interest and I support this."

His tweet was contrary to the Congress's stance on the issue. The party had put up a vociferous opposition to the centre over the issue in parliament, saying due process was not followed and stakeholders were not consulted before taking the decision.

Phase Of Covid Pandemic Almost Over In UP: Yogi Adityanath