Vikram Dantani found himself in the limelight when Arvind Kejriwal, the AAP convener, travelled to his home in his autorickshaw after accepting the dinner invite at the meeting. 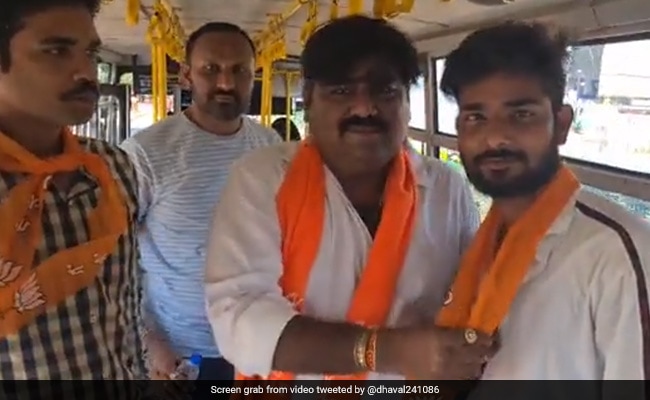 He may have invited Delhi Chief Minister Arvind Kejriwal to his house in Ahmedabad for a much-publicised dinner two weeks ago, but autorickshaw driver Vikram Dantani says he is a big fan of Prime Minister Narendra Modi and a staunch supporter of his party BJP.

On Friday, Mr Dantani was spotted at a public rally of PM Modi, who is on a two-day Gujarat visit, in the Thaltej area of the city, donning saffron scarf and cap, the Bharatiya Janata Party's (BJP) trademark attire.

When questioned by media, Mr Dantani said he had invited Mr Kejriwal to his home during the Aam Aadmi Party's (AAP) town hall meeting in Ahmedabad on September 13 because he was asked to do so by leaders of an autorickshaw union. 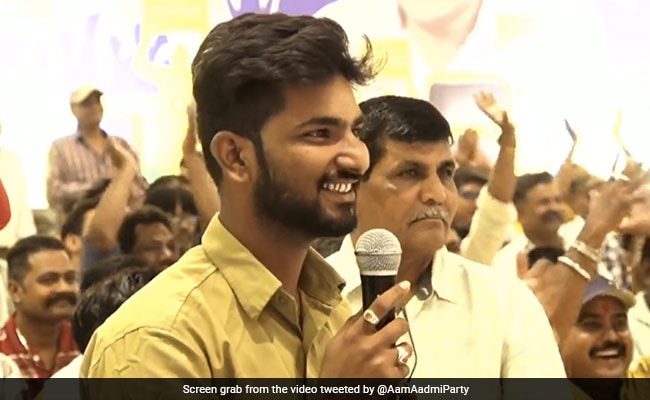 Vikram Dantani had invited Arvind Kejriwal to dinner at his home earlier this month.

Mr Dantani found himself in the limelight when Arvind Kejriwal, the AAP convener, travelled to his home in his autorickshaw after accepting the dinner invite at the meeting.

"I invited Kejriwal for dinner because I was asked to do so by our union leaders. As soon as I offered to host him for a meal at my home, Kejriwal accepted it. I did not know it would become such a big issue. Otherwise, I am not at all associated with the party (AAP). I am not in touch with any AAP leader after that episode," he told reporters.

The autorickshaw driver then went on to add that he was a big admirer of the Prime Minister and that he had always voted for the BJP. 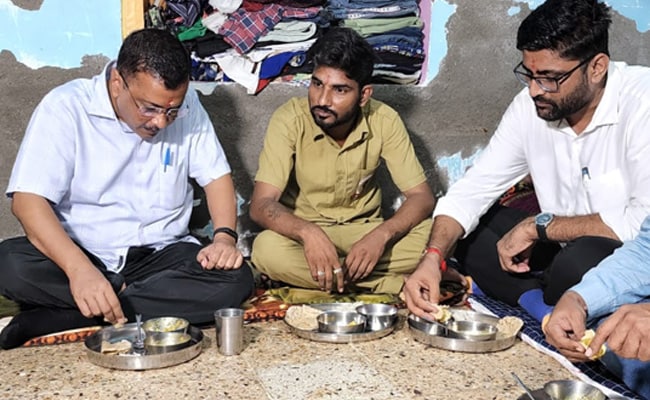 "I came here (for the rally) because I am a huge fan of Modiji. I have been with the BJP since the beginning and always gave my vote to the BJP in the past. I am not saying this under any pressure," said Mr Dantani.

As part of the AAP's campaign in Gujarat ahead of the year-end Assembly elections, Mr Kejriwal held a town hall meeting with autorickshaw drivers here on September 13.

During interaction, Mr Dantani urged Mr Kejriwal to have dinner at his house, a proposal swiftly accepted by the Delhi Chief Minister.

That night, the AAP convener, who was staying in a five-star hotel, travelled in Mr Dantani's three-wheeler along with some local party leaders and reached his modest home in the Ghatlodia area, where they had dinner.