The chargesheet filed by NCB has named names 33 accused including actor Rhea Chakraborty and her brother Showik Chakraborty, sources said. 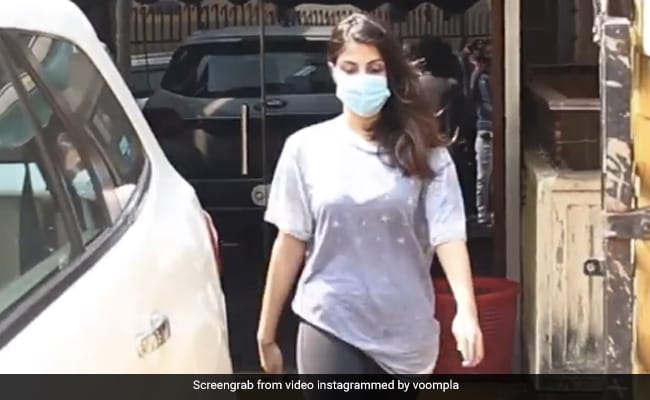 Rhea Chakraborty has been accused by Sushant Singh Rajput's family of harassment.

The chargesheet filed by NCB has named names 33 accused including actor Rhea Chakraborty and her brother Showik Chakraborty, sources said.

Mr Maneshinde who also represents Showik Chakraborty, in a statement, said the 12,000-page chargesheet was as expected.

"All efforts of NCB have been directed towards Rhea Chakraborty to somehow rope her in. The entire amount of "Narcotic Substances" "Recovered" against 33 accused are nothing compared to what even a constable in Mumbai Police or Narcotics Cell or the Airport Customs or other agencies recover from one raid or trap," he said.

"The entire NCB from top to bottom was engaged in unearthing drug angle in Bollywood... There's hardly any material against any known faces who were paraded during the investigations, I wonder why? Either the allegations were false or Only God Knows the Truth," he added.

According to the lawyer, the chargesheet is "a damp squib standing on the foundation of inadmissible evidence and statements recorded under section 67 of the Narcotic Drugs and Psychotropic Substances (NDPS) Act."

"The High Court has found no prima facie material at the stage of Bail of alleged "Financing Drugs Trade". We will have the last laugh," he added.

The NCB filed a case in August 2020 after it received official communication from the Enforcement Directorate (ED), in which there were various chats related to drug consumption, procurement, usage, and transportation.

The ED had on July 31, 2020, registered an Enforcement Case Information Report in the late actor's death case after a First Information Report (FIR) was filed by Rajput's father KK Singh against Rhea Chakraborty in Bihar on July 28, last year.

Rhea Chakraborty was in a relationship with Rajput at the time of his death on June 14, 2020, when he was found dead in his bedroom.