Actor Dileep reached the Crime Branch office for the second consecutive day for interrogation in a case registered against him and five others for allegedly threatening officials who were probing the sexual assault of an actress in 2017. 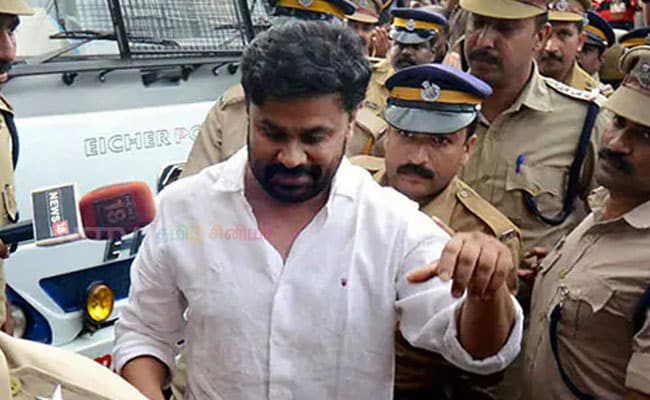 Actor Dileep is the eighth accused in the actress assault case for alleged conspiracy. (File)

Following the directions of the Kerala High Court, actor Dileep on Monday reached the Crime Branch office for the second consecutive day for interrogation in a case registered against him and five others for allegedly threatening officials probing the sexual assault of an actress in 2017.

Dileep has to appear again tomorrow for interrogation, as per the police.

The Kerala High Court has restrained police from arresting Dileep till January 27. It also directed the accused people including Dileep to report before the investigation officer from 9 am till 8 pm on January 23, January 24 and January 25. The High Court had also made it clear that they shall be available for interrogation and such other investigation as may be necessary.

The Crime Branch registered this case against Dileep and five others on January 9 for allegedly threatening the investigating officials. They were charged under IPC sections 116 (abetment of an offence punishable with imprisonment), 118 (concealing design to commit an offence punishable with death or imprisonment for life), 120B (party to criminal conspiracy), 506 (criminal intimidation), and 34 (criminal act done by several people).

Dileep is named as the first accused in the FIR. Anoop, who is Dileep's brother and Suraj, Dileep's brother-in-law are the second and third accused. Appu, Babu Chengamanad are the other accused. One more accused has not been identified yet.

Dileep is also the eighth accused in the actress assault case for alleged conspiracy. The case pertains that an actress who worked in Malayalam, Tamil, Telugu films and was allegedly abducted and molested inside her car by a group of men who had forced their way into the vehicle on the night of February 17, 2017.