Act On Corruption Complaints In 3 Months: Vigilance Body To Departments

The Central Vigilance Commission said that the staff shall also be informed that full opportunity would be given to him during the examination. 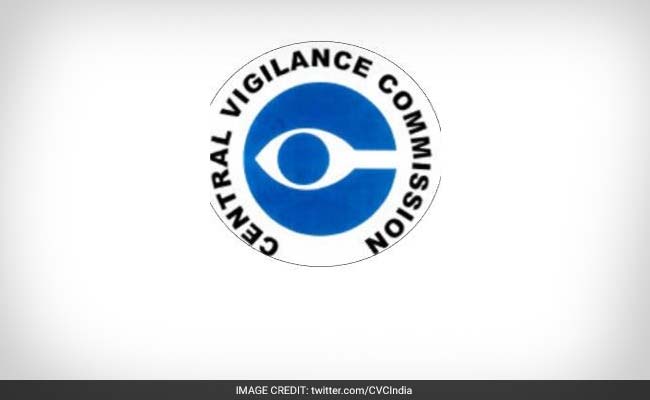 All anonymous or pseudonymous complaints must be filed, the vigilance watchdog said (File)

The Central Vigilance Commission (CVC) has asked all central government organisations to decide on corruption complaints against employees within three months.

The move comes after the anti-corruption watchdog noted with concern that corruption complaints were not being taken to a logical conclusion or the action taken on them were not being updated in the records.

It has been observed from the proposals being received by the commission for the purpose of vigilance clearance that complaints received against an employee gets registered or received and stays in the vigilance profile of the employee for a very long time, the CVC said in an order.

"This has led to a situation where the vigilance clearance is being delayed or denied for no fault of the employee," it said. All anonymous or pseudonymous complaints must be filed, the CVC said.

"Action on the remaining complaints against the employees must be taken to the logical conclusion within three months of the date of receipt of the complaint," it said in the order issued on Monday.

"As a pilot, to begin with, the backlog complaints received till December 31, 2020, shall be disposed of according to the guidelines issued in this circular and compliance reported by May 31, 2021," the anti-corruption watchdog said.

At the end of the third month from the date of receipt of a complaint against the employee and after deciding on the course of action, a copy of the complaint shall be made available to the employee concerned within 15 days through speed post, wherever the name is mentioned in the complaint, it said.

In cases where the employee's name is not explicitly mentioned in the complaint, a copy of the complaint shall be made available to the staff concerned at the stage of registration of vigilance or non-vigilance case, the CVC said in the order issued to secretaries of all central government departments.

The purpose is to inform the employee that the complaint is being examined by the organisation, it said, adding that the staff shall also be informed that full opportunity would be given to him during the examination.

Once a decision has been made to take up the matter as a vigilance case, the organisation shall send its inquiry report to the commission or Chief Vigilance Officer (CVO) seeking first stage advice within three months of registration of such regular case, the directive said.

"This timeline shall strictly be adhered to," it said in the directive issued to all chief executives public sector banks, enterprises, insurance companies and autonomous bodies, among others.