"Students have gathered against the red terror in JNU. We have full faith in Delhi Police," DUSU Joint Secretary Shivangi Kharwal said. 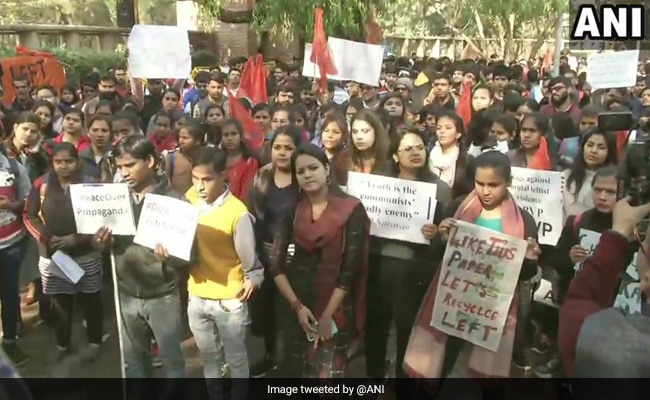 Members of the RSS-affiliated ABVP on Saturday organised a major students' march inside Delhi University (DU), denouncing the alleged Left violence and in support of the Citizenship Amendment Act (CAA).

The march started around 1.30 pm from DU's Arts Faculty.

"Today's march is in support of the CAA. This march is also against those who are trying to boycott the exams, classes to hamper the academic calender of students. It is against the violence which took place in JNU on January 5," Delhi University Students' Union (DUSU) president Akshit Dahiya said.

The protesters were raising slogans in support of the CAA and against Left parties.

"Students have gathered against the red terror in JNU. We have full faith in Delhi Police. Those who have been identified by police do not belong to ABVP," DUSU Joint Secretary Shivangi Kharwal said.