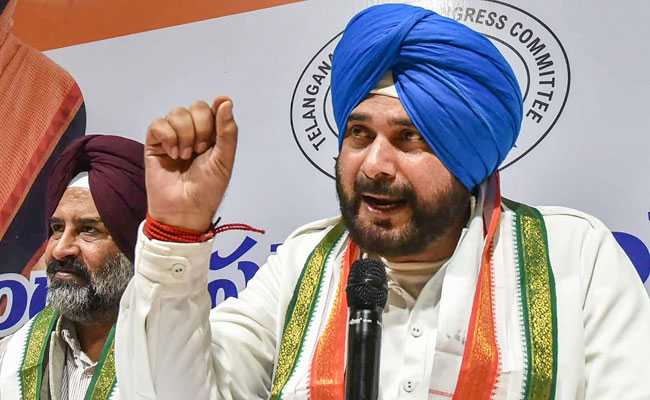 Congress leader Navjot Singh Sidhu today took on AAP chief Arvind Kejriwal over his party's five nominees for the Rajya Sabha polls, saying except for former cricketer Harbhajan Singh, the rest of the nominations are a "betrayal of Punjab".

All the five party nominees had filed their nomination papers at the Punjab Vidhan Sabha complex here on Monday.

"New batteries for the Delhi remote control , it's blinking... Harbhajan is an exception, the rest are batteries and betrayal of Punjab ! @ArvindKejriwal," said Mr Sidhu in a tweet.

The Congress and the Shiromani Akali Dal had slammed the AAP over the nominations for the Upper House on Monday.

Congress MLA Sukhpal Khaira had said the five nominations announced by AAP were not only disappointing but have a clear stamp of Delhi Chief Minister Arvind Kejriwal.

Mr Khaira had said he was under the impression that Chief Minister Bhagwant Mann would ensure some prominent personalities from Punjab in Rajya Sabha so that they could effectively take up the various issues pertaining to Punjab.

The Shiromani Akali Dal had said the AAP had struck the first blow against Punjab and Punjabiat by nominating "rank outsiders" to the Rajya Sabha and in the process "betrayed" the people of the state who had taken them to their word of bringing in sweeping positive change and given them a massive mandate.