A Phone Call May Have Saved 16 Workers Crushed By Train, Says Opposition

Seven senior IAS officers of Principal Secretary rank were tasked by the state government on April 30 to coordinate with other states to bring back people from Madhya Pradesh stranded in other states. 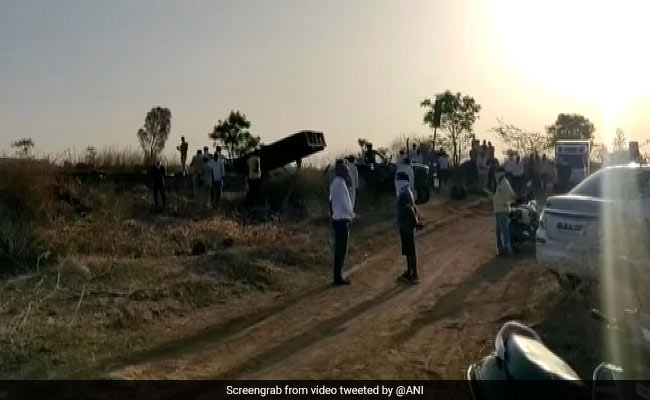 Families of the victims are devastated.

The deaths of 16 migrant workers from Madhya Pradesh, who were crushed by a train in Maharashtra's Aurangabad on Friday, has raised serious questions about the coordination between the governments of the two neighbouring states.

Even though most of the remaining 31 special trains demanded by the Madhya Pradesh government are supposed to bring back those stranded in Maharashtra for weeks because of the COVID-19 lockdown, scores of workers say they have not received passes for the journey home.

Desperate to return to their families, a group of migrant labourers working at factories in Maharashtra's Jalna left on foot at 7 pm on Thursday and were resting on rail tracks in the Aurangabad district when they were run over by a goods train early on Friday.

"We had applied for passes to our home district Umaria for returning to our families in our villages. But forget about getting passes, we did not even get any response despite having applied for it a week back," one of the survivors Virendra Singh said.

The opposition, however, alleges most of them never ever even picked the phone.

"Did the MP government try to register those migrant labourers? If yes, then what efforts were made to bring them back to their native state? The state's Chief Minister Shivraj Singh Chouhan owes a reply and should be ashamed. Instead of daily giving statements before the media, he needs to do something concrete," Mr Singh tweeted.

Families of the victims are devastated.

Paras Singh, father of one of the workers Raj Borham, said, "We got to know that he is dead from the administration. There is not much of farming activity here that's why he had gone to Jalna."

Another worker Deepak's father Ashok Singh is inconsolable. Holding his two-year-old grandson, he said, "He is just waiting for his father. I don't want anything from the government. I have lost everything."