A Gentleman's Song Disco Disco: Get Ready To Groove With Sidharth Malhotra And Jacqueline Fernandez

The makers of A Gentleman, starring Sidharth Malhotra and Jacqueline Fernandez, unveiled the first song of the movie, titled Disco Disco today 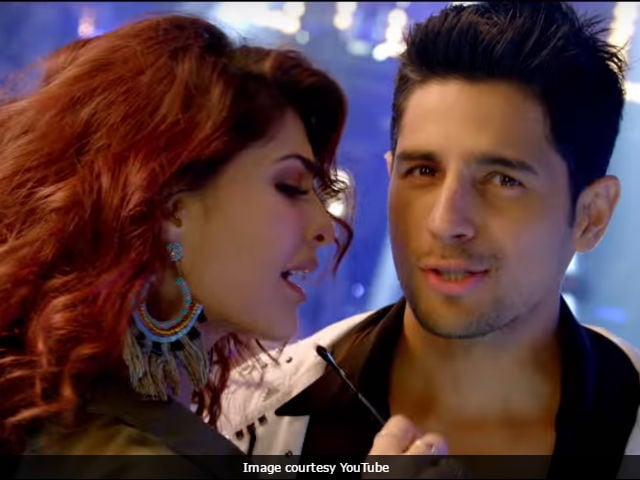 A Gentleman: Sidharth Malhotra and Jacqueline in a still from the song Disco Disco

New Delhi: The first song of Sidharth Malhotra and Jacqueline Fernandez's upcoming film A Gentleman, titled Disco Disco, has been unveiled by the makers of the film today. The two-and-a-half minute song shows the risky Gaurav (played by Sidharth) and the sundar Kavya (played by Jacqueline) grooving to the disco beats. Disco Disco will make you want to put on your party shoes. The peppy song has been sung by Benny Dayal and Shirley Setia. The lyrics have been written by VAYU and the music has been composed by Sachin- Jigar. The chemistry between Sidharth and Jacqueline is unmissable in the song.

The trailer of the film was unveiled on July 12. Watch it here:


A Gentleman has been extensively shot in Thailand, USA and India. The film marks Sidharth Malhotra's second collaboration with Jacqueline Fernandez after 2015 movie Brothers.

In a recent interview with news agency IANS, Jacqueline Fernandez said that it was 'quite easy' to romance Sidharth onscreen.

"It was super easy. I know I am an insanely happy person but the fact is we actors always get affected by each other's energy. I am surrounded with good people so ya!," IANS quoted the 31-year-old actress as saying.

Sidharth told IANS about his character in the film.

Promoted
Listen to the latest songs, only on JioSaavn.com
"My character Gaurav is a very interesting, sweet character at one side who loves to cook, clean up his house, etc like a typical Delhi Punjabi boy. On the other hand, there is a different shade where he is doing a lot of action. One side of the character wants a simple, happy life with a nice house, family and he has a sense of humour. The other side of the character is outlandish, aggressive and one who jumps out of a 60-storey building," the 32-year-old actor told IANS.

A Gentleman is scheduled to release in theatres on August 25.