80 Per Cent Of Marine Biodiversity In Indian Ocean Not Classified: Expert 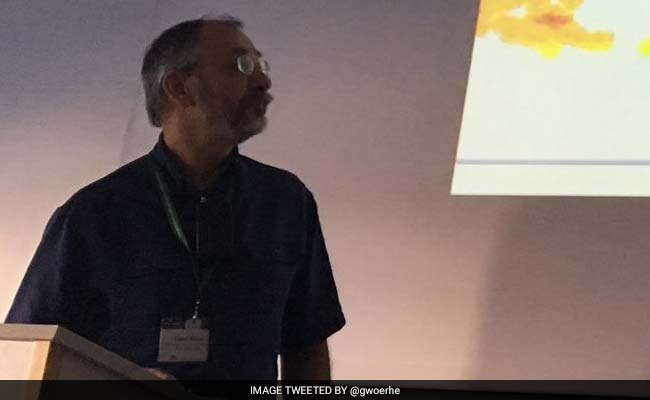 Kochi: An eminent American expert on marine biodiversity has urged the Indian scientists to foster genetic studies for classifying marine species, saying most of such species were still unexplored in the Indian region.

"The biodiversity in the Indian region is yet to be studied and classified, compared to the Atlantic and Pacific regions where Census of Marine Life being conducted by scientists," Dr Gustav Paulay, Curator of Florida Museum of National History, University of Florida, said.

Delivering a lecture on 'Reef Biodiversity: the Inside Story' at the Central Marine Fisheries Research Institute (CMFRI) Kochi on Thursday, he advised Indian scientists to lay emphasis on understanding the characteristics of undescribed marine species in the Indian Ocean by intensifying research on taxonomy by using molecular tools like DNA or meta barcoding.

"Around 80 per cent of the biodiversity is not yet classified. Most of the marine species are still unexplored", he was was quoted as saying in a CMFRI release.

He appreciated CMFRI's contribution in documenting marine biodiversity of the nation by describing more than 270 species and generating DNA barcode of more than 200 marine species.

However, Dr Paulay, cautioned against the recent trend of ignoring the taxonomy of species occurring in marine ecosystem.

The scientists should give prime importance to study the classification of various marine species in the same way giving emphasis on other research activities, he said.

The expert also urged the scientists and curators to standardise and upgrade the museum facilities in the country by incorporating latest technologies.

Promoted
Listen to the latest songs, only on JioSaavn.com
Dr Paulay, who has specialised in reef biodiversity research, said conservation of coral reefs could be made more effective with combined efforts of public and the scientists.

He suggested the concept 'Bioblitz', an innovative method in which scientists, amateur enthusiasts and volunteers collect or record any and every organisms noticed by them, for the conservation of the biodiversity.