These armed troops, part of seven battalions, will subsequently be re-deployed for conducting operations in Naxal-hit regions of south Bastar in Chhattisgarh, a recent government order has said. 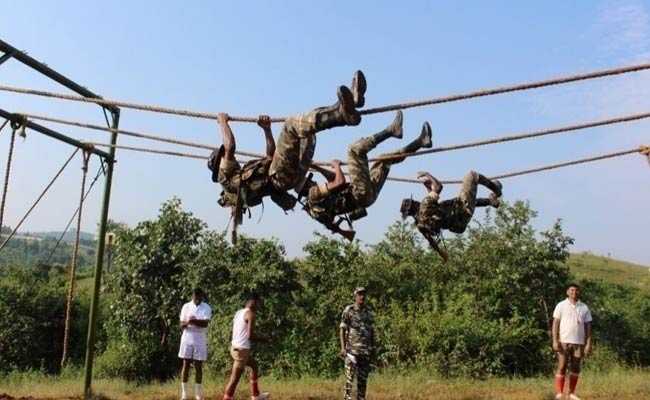 In this file photo, CRPF personnel can be seen undergoing training. (File)

The central government has directed the withdrawal of over 7,000 CRPF personnel from their long drawn deployment in four states, the maximum being from West Bengal.

These armed troops, part of seven battalions, will subsequently be re-deployed for conducting operations in Naxal-hit regions of south Bastar in Chhattisgarh, a recent government order has said.

The force was deployed to carry out anti-Naxal operations in West Bengal, Bihar and Jharkhand whereas for internal security-related duty in Uttar Pradesh.

As per the directive issued accessed by PTI, the Union Home Ministry early this week informed the respective states enumerating that the maximum of three battalions are to be withdrawn from West Bengal, two from Bihar and one each from Uttar Pradesh and Jharkhand.

Official sources said the move to take out the Central Reserve Police Force battalions from these states has come after a long time and the Home Ministry ordered for their marching after the paramilitary made a demand to it that it requires more battalions in Chhattisgarh in order to open more bases in the Maoist hotbed in Chhattisgarh.

As the biggest Left Wing Extremism (LWE) combat challenge is now in south Bastar, that borders Odisha, Andhra Pradesh and Maharashtra, it is required to enhance the number of CRPF boots in these areas, they said.

The districts of Sukma, Dantewada, Bijapur, Kanker and Kondagaon witness the maximum movement and activity of the armed Maoist cadres and since the last year, the CRPF has begun opening camps in the interior areas to penetrate into the core Naxal areas, they said.

The LWE theatre in all the states from where the battalions have been ordered to be taken out, except Uttar Pradesh, have seen a marginal dip in the strength and control of Naxals and the forces are now in the dominating position, a senior official supervising anti-Naxal operations for the CRPF explained.

Uttar Pradesh has one LWE affected district - Sonebhadra - and the lone CRPF battalion proposed to be taken out from this central Indian state would come from a group centre of the force under which eight-nine battalions operate, he said.

These states are the only places from where the CRPF could take out few battalions as there is not much scope to withdraw units from either Jammu and Kashmir or the north east, the two other internal security theatres where the paramilitary is deployed thickly.

We expect the withdrawal to begin by this month end and their re-deployment in Chhattisgarh to be completed by the year end, he said.

The Home Ministry, under the same order, has asked the Chhattisgarh government to provide "adequate logistics and accommodation" for these new incoming units.

The CRPF, country's largest Central Armed Police Force (CAPF) with over three lakh personnel in its ranks, has about 30 battalions deployed in Chhattisgarh at present.