The "corona warriors" will represent the people of their fields during the Independence Day event at the Delhi Secretariat tomorrow. 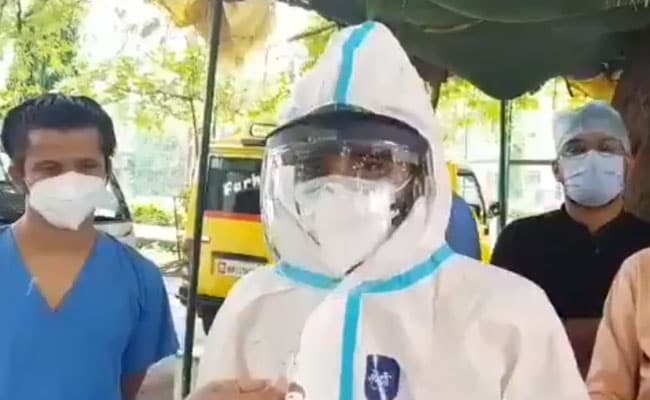 The AAP government has invited seven "corona warriors", including an additional district magistrate (ADM), a doctor and an ambulance driver, for its Independence Day event to acknowledge their hard work in the fight against the coronavirus pandemic, a statement said on Friday.

According to the government, "corona warriors" working in the fields of administration, medicine, nursing, police, civil defense, and sanitation are serving the infected people by risking their lives.

These "corona warriors" will represent the people of their fields during the Independence Day event at the Delhi Secretariat tomorrow.

"Due to their hard work, effort and dedication, timely treatment, food, and other relief materials could be provided to the affected people and the Delhi model was recognised all over the world," the government statement said.

These seven representatives say that the Kejriwal government has given them a lot of respect by honouring them with the title of "Corona Warrior", according to the statement.

Earlier this week, Labour Minister Gopal Rai, who also heads the general administration department, had said there will be no cultural programmes during the Independence Day function this year.

The Delhi government's celebrations will be a low-key affair this year and its guest list has just 80-100 people including cabinet ministers, all city MPs, MLAs, three mayors and top bureaucrats.

Arvind Kejriwal will hoist the national flag at the main event.

Every year, the Delhi government celebrates the Independence Day at the Chhatrasal Stadium, but any such mega celebration will not be possible this year due to the COVID-19 pandemic, Mr Rai had said.