55 Years Of Congress Rule Responsible For All Problems: Yogi Adityanath

Yogi Adityanath aid the Sonia Gandhi-led party is responsible for "mismanagement" in the country and that the BJP-led NDA government is making efforts to tackle problems and take the country on the path of development. 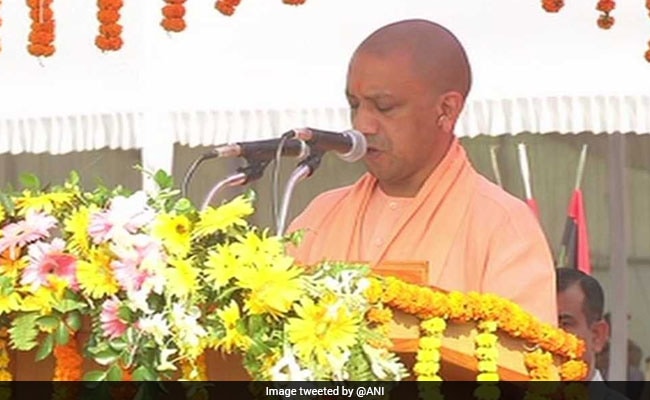 Raipur: Uttar Pradesh Chief Minister Yogi Adityanath today blamed the 55-year-long rule of the Congress for the ills plaguing the country and accused the opposition party of "dividing" people and playing appeasement politics.

He said the Sonia Gandhi-led party is responsible for "mismanagement" in the country and that the BJP-led NDA government is making efforts to tackle problems and take the country on the path of development.

Addressing a convention of BJP workers at the Balbir Singh Juneja Indoor Stadium, Adityanath accused the Congress of playing with the sentiments of the people and dividing them on the basis of caste, region and language for its vested interest. "It practised politics of appeasement for political gains and gave birth to scourge of terrorism, Naxalism and separatism. The country is still paying the price (for its policies)," the BJP leader said.

He said Prime Minister Narendra Modi and the BJP government in states are making efforts to tackle such problems and take the country on the path of development. "Our party works without discrimination on the basis of religion, caste and creed. We consider the entire country a family," he added.

Mr Adityanath said construction of a temple devoted to Lord Rama has been completed here in Chhattisgarh, which was his 'nanhial' (his mother Kaushlya's maternal home). "Chhattisgarh was Lord Ram's 'nanihal'. I was here in February after the construction of a Ram temple. According to 'manyata' (belief), Lord Ram first settles in his 'nanihal' and then goes to his birthplace (in Ayodhya)."

He said India's identity is closely associated with Ayodhya. "I visited Ayodhya on Diwali. (Members of the) previous governments in UP were scared of visiting Ayodhya. They did not even want to take the name of Ayodhya. "People felt that if we came to power (in UP) we will also not go there. I do not have any fear," he said.

He said 'Ram Rajya' is considered the best model of good governance in the entire world where there is no fear, discrimination, pain and starvation.

Mr Adityanath praised the prime minister for launching a slew of welfare schemes and said their benefits are reaching the people of the country. "The people ask what Prime Minister Modi has done in three years and when 'achhe din' will come. We should tell them that we gave electricity to the poor who did not have a power connection even after 70 years of Independence.

"The poor who had never seen bank now has a bank account. It's achhe din for them."

The prime minister has assured houses to every family in the country by 2022, he added.

Chief Minister Raman Singh and state BJP president Dharamlal Kaushik, among others, were present on the occasion.