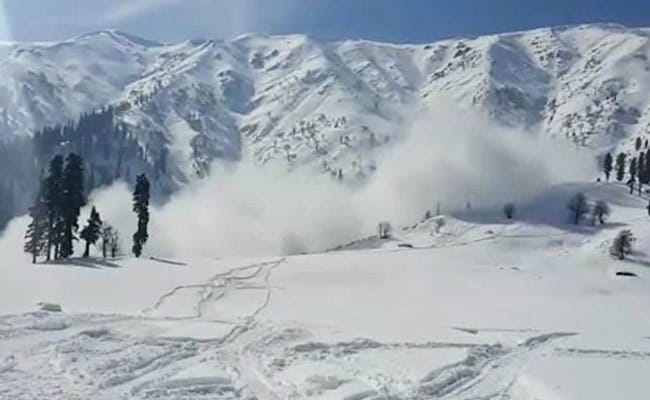 Authorities had warned of the "high danger" of avalanches over Friday and Saturday. (File photo)

Jammu: The five soldiers who were rescued after being trapped in snow on Saturday in Jammu and Kashmir's Macchil sector, have died. The soldiers had got buried in snow after a track leading to their post had caved in. They had been taken to a hospital in Srinagar, where they were receiving medical care.

The soldiers from the 56 Rashtriya Rifles were on routine counter insurgency duties when the accident took place, sources said.

Jammu and Kashmir has witnessed heavy snow last week and authorities had issued warning about snow-related accidents and avalanches. Power and communication lines were cut in some areas. A large number of people were evacuated from the high-risk areas after the warning by the authorities.

Four avalanches had hit the Gurez sector and Sonmarg on Wednesday, killing 15 soldiers and five civilians.

Two of the avalanches had hit a military post and a patrol along the Line of Control in Gurez. Despite the hostile weather, the army rescuers had managed to take six of the soldiers to safety. The bodies of three soldiers were recovered. Another avalanche in the morning had killed a family of four in the same area.

In 2012, a massive avalanche in Pakistan-Occupied Kashmir killed 140 people.