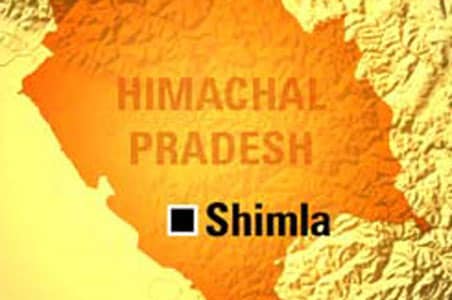 The family was on its way to Nerwa from Rohroo around midnight when their car fell into the gorge.

Shimla: Five persons, including two women and two children, were killed and one injured after their car fell into a gorge near Nerwa in Shimla district today, police said.

The accident happened just after midnight. The victims, all close relatives, were on their way to Nerwa from Rohroo, police said.

The deceased have been identified as Prem Raj, son of Mohan Singh, and his daughter Sonal (5). Besides Henna and Piyushi (2), wife and daughter of Himmat Singh, and Rama Devi wife of Hem Raj were also killed in the accident.

The injured person has been admitted at the Indira Gandhi Medical College hospital here.

The bodies have been recovered and sent for postmortem, police said.

Meanwhile, the body of a 24-year-old youth was found from Summerkot area of Rohroo.

The deceased was identified as Anil Kumar, a resident of Dalera village in Baijnath Tehsil of Kangra district, police said.

Promoted
Listen to the latest songs, only on JioSaavn.com
The body was spotted in Jagothi Nallah by a truck driver, who informed the police.

There were injury marks on the body. The case is being investigated on all angles, including murder, the police added.