5.5 Earthquake Strikes Near Rajkot In Gujarat: Centre For Seismology

The quake was the latest in a series of minor and moderate quakes to have hit parts of northern India; the most recent was a 2.1 magnitude event near Gurgaon in Haryana 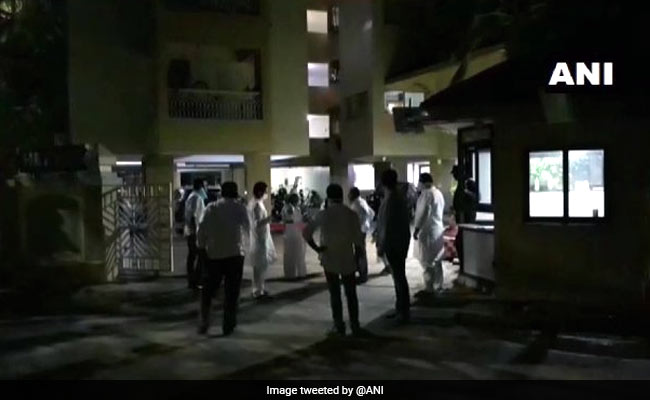 Epicentre of the earthquake was 118 km north-northwest of Rajkot

A 5.5 magnitude earthquake struck near Gujarat's Rajkot at 8.13 PM Sunday, according to the National Center for Seismology (NCS), the government's nodal agency for monitoring seismic activity in the country. The epicentre was 118 km north-northwest of Rajkot, according to the NCS.

An aftershock of 3.1 magnitude was felt six minutes later.

"Entire Saurashtra and north Gujarat regions, including Ahmedabad, felt the impact of the quake. The aftershock was of a lower intensity. There is no report of any major damage to life and property from any area after the quake," Deputy Chief Minister Nitin Patel was quoted by news agency PTI.

Chief Minister Vijay Rupani held telephone conversations with the District Collectors of Kutch, Rajkot and Patan, regions where the quake was felt and from where tremors were reported. His office said officials had been told to report damages and activate disaster management cells if needed.

Visuals from news agency ANI showed people gathered outside houses and apartment buildings in the Prahlad Nagar area of Ahmedabad, where tremors were felt.

Gujarat: People come out of their houses in Ahmedabad following tremors in the state; visuals from Prahlad Nagar area in the city.

National Center for Seismology (NCS) has ascertained that magnitude of the earthquake was 5.5 on the Richter scale. pic.twitter.com/h0NVlQmoEj

According to the NCS website, the moderate-intensity quake struck around 85 km from Bhuj, the site of a devastating 7.7 magnitude earthquake on January 26, 2001 that reportedly killed over 20,000 people and left over 1.5 lakh others injured.

Less than 30 minutes after the Gujarat quake, a 2.9 magnitude tremor was recorded 90 km east of Katra in Jammu and Kashmir, according to the NCS.

Sunday night's earthquakes were the latest in a series of minor and moderate quakes to have hit parts of northern India; the most recent was a low-intensity quake (2.1 magnitude) that struck near Gurgaon in Haryana on June 8, with tremors felt in Delhi as well.

As many as 14 quakes have hit the national capital, or nearby regions, in the last two months, with a 4.5 magnitude event near Haryana's Rohtak the biggest.

Experts have played down concerns these are a prelude to a large-scale seismic event.

The Delhi-NCR region has several fault lines that generate earthquakes but also feels the impact of quakes from as far away as Nepal and Afghanistan's Hindukush Mountains.

Nevertheless, BK Bansal, the Director of the National Center for Seismology, stressed this week that it was necessary to take precautionary measures.

Other earthquakes in recent days include a 4.3 magnitude event that hit Diglipur in the Andaman and Nicobar islands at 2.17 am on Wednesday and a 3.9 magnitude quake that hit 14 km north of Srinagar in Jammu and Kashmir at 8.16 am Tuesday.