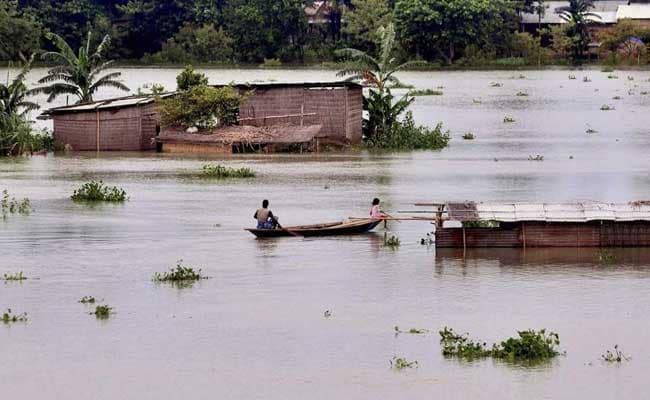 Assam Floods: The Brahmaputra and its tributaries have submerged more than 2,500 villages

Guwahati: The flood situation has taken a critical turn in Assam, affecting over 17 lakh people in 24 districts and the number of deaths rising to 44, officials said on Wednesday.

Five people were killed in separate incidents in the last 24 hours, officials of the Assam State Disaster Management Authority (ASDMA) said. The ASDMA said a total of 17,18,135 people were affected as on Wednesday.

Chief Minister Sarbananda Sonowal on Wednesday visited flood-hit Majuli district and inspected relief camps. The current wave of floods has affected over 48,000 people in the island and damaged 1,760 hectares of crops. The floods have rendered hundreds homeless.

Mr Sonowal also visited the Kaziranga National Park and directed officials to maintain a close vigil on the movement of animals so that they don't fall victims to poachers. 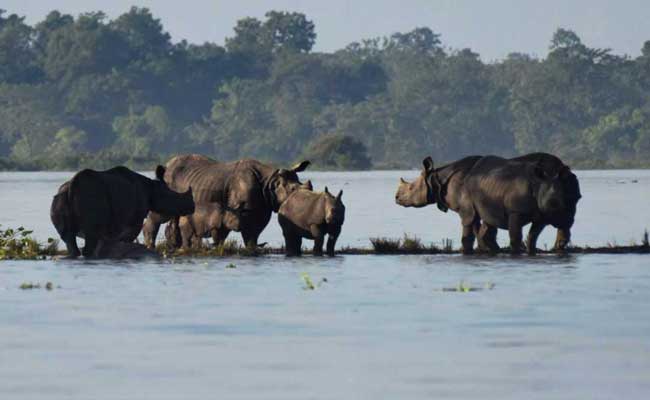 He said functionaries of five districts -- Nagaon, Golaghat, Karbi Anglong, Sonitpur and Biswanath -- would report to the Forest Minister daily on the flood situation and the steps take to protect the animals.

Arunachal Pradesh, including state capital Itanagar, were cut off by floods and landslides as well, while all districts of Manipur were reeling under rains and floods. The Centre has dispatched a team led by Union minister Kiren Rijiju to oversee rescue and relief operations in affected areas in the entire region.

In Assam, the Brahmaputra and its tributaries have submerged more than 2,500 villages, destroyed 1.06 lakh hectares of cropland, damaged infrastructure by breaching embankments and overrunning roads and bridges -- disrupting surface communication, an Assam State Disaster Management Authority official said. Nearly 75 per cent of Kaziranga National Park, a world heritage site, has been inundated leading to the drowning of two female hog deer and one male swamp deer in its Northern Range. 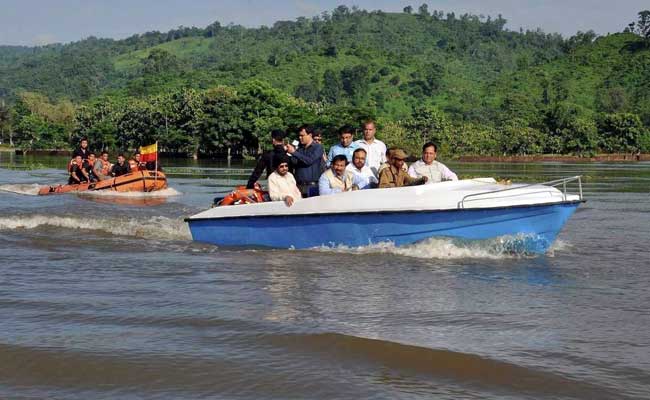 Manipur, meanwhile, has suffered a loss of around Rs 131 crore in the floods since cyclone Mora hit the state in late May, leading to floods and related incidents like landslides. Hundreds have been rescued and evacuated. More than 20 per cent of its total paddy fields in five districts of the Imphal valley have been hit by the deluge.

Promoted
Listen to the latest songs, only on JioSaavn.com
In Arunachal Pradesh, Chief Minister Pema Khandu has directed the administration to issue orders for rescue and evacuation of people living in vulnerable areas of Itanagar to safer areas and appealed to people in such places to shift to relief camps. The state capital was virtually cut off with its lifeline - NH 415 - getting totally eroded at the entry point, while the alternate road via Jullang remained blocked, leaving only one road -- through Hollongi enroute Lakhimpur district in Assam. On Tuesday, five persons had been killed and nine went missing as a massive landslide triggered by incessant rains hit eight dwellings in Papum Pare district.