Local BJP MP Varun Gandhi has written to Chief Minister Yogi Adityanath demanding compensation for farmers whose crops have been damaged due to floods. 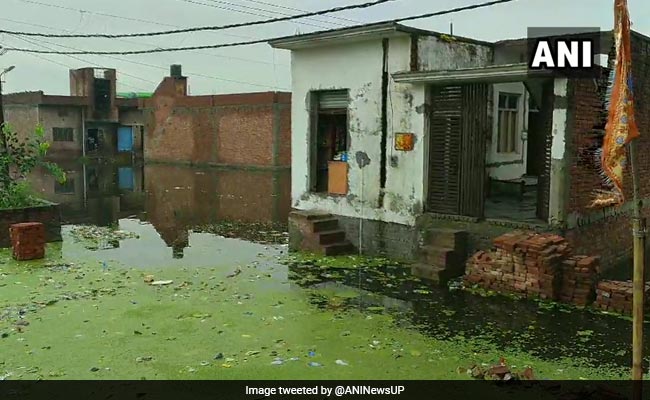 Around 500 villagers in Pilibhit are trapped in the flood water of the Sharda river. (Representational)

The Sharda and Deoha rivers are in spate due to heavy rainfall and many villages situated on their banks have been flooded.

Around 500 villagers in Pilibhit are trapped in the flood water of the Sharda river.

On Tuesday night, the Pilibhit district administration sought the help of the Army for rescue operations and 26 people have been airlifted to safer places since Wednesday morning.

Local BJP MP Varun Gandhi has written to Chief Minister Yogi Adityanath demanding compensation for farmers whose crops have been damaged due to floods.

A couple in Faridpur township and a nine-year-old boy in Ram Nagar area were killed after their houses collapsed because of heavy rains, Bareilly SP (rural) Raj Kumar Agarwal said.

Pilibhit District Magistrate Pulkit Khare said the PAC Flood Unit had tried to rescue the villagers with the help of boats on Tuesday, but the operation had to be postponed due to a surge in the water level of the Sharda river.

Army personnel were called from Bareilly in the night itself by helicopter and the rescue operation began on Wednesday morning.

The personnel told the media that around 500 villagers were trapped in the flood water of the Sharda river and the rescue operation will take time.

So far, 26 people have been rescued by the Army.

District Magistrate Khare, along with Additional Commissioner (Administration) Arun Kumar and Superintendent of Police Dinesh Kumar, were present at the Ramnagar outpost of Madho Tanda police station throughout the night.

The Devaha river is in spate due to the release of water from Nanak Sagar and Diuni Dams, and the water has also entered the city, affecting people living in low-lying areas.

Meanwhile, Varun Gandhi's spokesperson MR Malik said the MP has demanded that farmers who lost their crops be provided compensation.

He said the BJP MP will reach Pilibhit on Thursday and will visit the flood-affected areas.