In the first phase of polling on April 11, a total of 91 parliamentary constituencies spread across 20 states will go to polls. 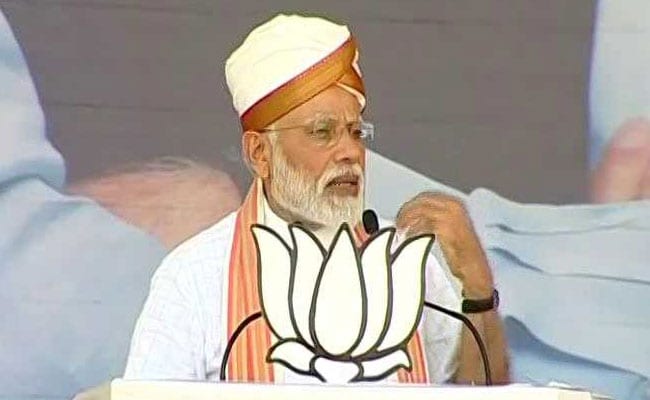 As campaigning by political parties for the first phase of April 11 Lok Sabha polls comes to an end today, Prime Minister Narendra Modi will launch his first rally in Karnataka at Chitradurga followed by another at Mysuru in the evening. PM Modi and Shiv Sena chief Uddhav Thackeray shared the stage at a rally in Maharashtra for the first time after the tie-up of their parties for the upcoming Lok Sabha polls. The two leaders addressed a public gathering at Ausa in Latur in support of the alliance candidates in that district and Osmanabad, where polling will be held on April 18.

In the first phase of polling on April 11, a total of 91 parliamentary constituencies spread across 20 states will go to polls.

Here are the live updates from Lok Sabha election campaigning: 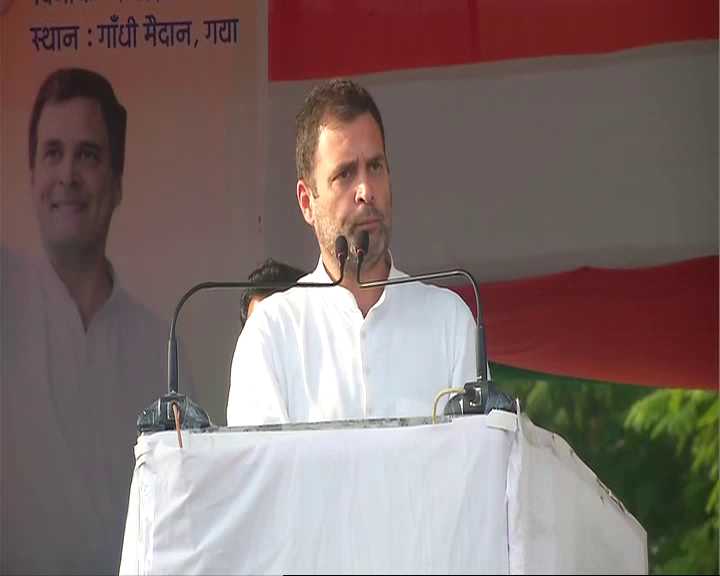 Apr 09, 2019 15:10 (IST)
PM Modi in Chitradurga, Karnataka says: "We attacked terror in Pakistan, but some people in India felt the pain. The chief minister here went a step further, he said talk of the valour of our forces should not be done, it damages his vote bank. I want to ask him, is your vote bank in India or Pakistan?"
Apr 09, 2019 15:10 (IST)
Priyanka Gandhi Vadra holds a road show in Saharanpur, Uttar Pradesh,
Apr 09, 2019 14:35 (IST)
Prime Minister Narendra Modi was "baptised in politics through violence and riots", West Bengal Chief Minister Mamata Banerjee has said. She claims Adolf Hitler would have committed suicide if he witnessed PM Modi's activities.
Addressing a rally in Raiganj, Ms Banerjee also said the grand old party has failed to put up a strong fight against the BJP. "Modi has been baptized in politics through riots and mass killings. He is the king of fascists..."
The CM also contended that the Congress will not be able to form a government of its own.
Apr 09, 2019 14:12 (IST)
Rajasthan Chief Minister Ashok Gehlot's son Vaibhav Gehlot has filed his nomination from the Jodhpur Lok Sabha seat and exuded confidence that he will win his first election.
Apr 09, 2019 14:00 (IST)
Former JNU students' union leader Kanhaiya Kumar files nomination as Communist Party of India (CPI) candidate from Begusarai constituency, report news agency ANI.
Apr 09, 2019 13:47 (IST)
Congress chief Rahul Gandhi, on Twitter, challenges PM Modi for a debate:

Scared of debating me on corruption? I can make it easier for you.

Let's go open book, so you can prepare:

Apr 09, 2019 13:23 (IST)
Home Minister Rajnath Singh to ANI on Rahul Gandhi's tweet over BJP Manifesto: "I don't think in India's political history so many people were involved in the making of a manifesto, so what he is saying is baseless, he keeps saying such things, don't take it seriously."
Apr 09, 2019 13:03 (IST)
BJP chief Amit Shah addresses a public meeting in Ranga Reddy, Telangana.
Apr 09, 2019 12:09 (IST)
If there will be wars in the future, they will be over water, says PM Modi in Latur. In our next government, we will set up a new water ministry... Under this, all the rivers will be connected. Every house, every field will get water, he adds.
PM Modi asks first-time voters: Will your first vote go to those soldiers who were martyred in Balakot strike and Pulwama attack or not?
Apr 09, 2019 12:03 (IST)
Madhya Pradesh chief minister and Congress leader Kamal Nath files his nomination for by-election to the Chhindwara assembly seat. His son Nakul Nath files nomination for Lok Sabha Elections 2019 to the Chhindwara parliamentary constituency.
Apr 09, 2019 11:59 (IST)
PM Modi on Air Strikes:
Apr 09, 2019 11:44 (IST)
Prime Minister Narendra Modi addresses a public meeting in Latur, Maharashtra
Apr 09, 2019 10:52 (IST)
According to news agency ANI, BJP Leader Smriti Irani reacts after Rahul Gandhi's tweet over BJP manifesto: "When it comes to reality of his own constituency, people get to know that despite being an MP for so long he hasn't been able to develop it. Despite having a vision, there's a question mark on his efficiency as the nation knows the condition of Amethi. On one hand there's an efficient government which has taken resolution to build a New India, on the other there's a man who stays restricted to making announcements."
Apr 09, 2019 10:39 (IST)
A report by an election watchdog has revealed that 29 of the 184 candidates contesting the April 11 Assembly elections in Arunachal Pradesh have criminal cases. Nine of the 29 candidates belong to the Congress, the report by Association for Democratic Reforms (ADR) said. The BJP, which is contesting all 60 seats in the state for the first time, has seven candidates with criminal charges against them, it said.
Apr 09, 2019 10:35 (IST)
The Election Commission has called the revenue secretary and chairman, Central Board of Direct Taxes to discuss ongoing income tax raids. Revenue Secretary AB Pandey and CBDT Chairman PC Mody have been called to explain the raids amid allegations by the Congress that the ruling BJP was using enforcement agencies to target it during the poll season.
Apr 09, 2019 10:13 (IST)
Bahujan Samaj Party releases a list of 5 candidates for Lok Sabha Elections 2019.
Apr 09, 2019 09:06 (IST)
Congress General Secretary Priyanka Gandhi Vadra is scheduled to address a road show in Saharanpur, Uttar Pradesh, today.
Apr 09, 2019 08:49 (IST)
Congress chief Rahul Gandhi, on Twitter, says: "The Congress manifesto was created through discussion. The voice of over a million Indian people it is wise and powerful. The BJP Manifesto was created in a closed room. The voice of an isolated man, it is short sighted and arrogant."