Indian importers and manufacturers have cancelled all the orders to neighbouring Pakistan and are demanding the return of advance payment, say traders. 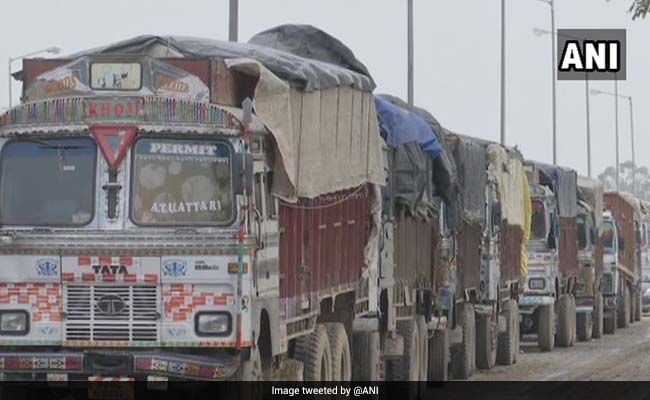 Around 200-250 trucks without goods are parked near the Attari border after MFN status withdrawn.

The traders told news agency ANI that Indian importers and manufacturers have cancelled all the orders to neighbouring Pakistan and are demanding the return of advance payments.

"After February 14, all the trading with Pakistan was stopped. Currently, 200-250 trucks without goods are parked near the border after the government imposed 200 per cent Regulatory Duty (RD) on non-essential Indian imports," said Sukhbir Singh, a trader from Amritsar.

"This move of the government of introducing higher Regulatory Duty is making difficult for traders to pay their monthly installments of tires and trucks. The Centre must re-think its decision. This move has also affected the food outlets situated near the border areas," said Sharan Singh, a trader from Amritsar said.

The 'Most Favoured Nation' status to Pakistan was given by India in 1996. The status is given to an international trade partner to ensure non-discriminatory trade between all partner countries of the World Trade Organisation.

A country which provides 'Most Favoured Nation' status to another country has to provide concessions, privileges, and immunity in trade agreements. It is the first clause in the General Agreement on Tariffs and Trade (GATT).

Another trader Rajdeep Upel said that trading activity with Pakistan should not only be closed from Punjab orders but also from Jammu and Kashmir. "All trade organisations support the government's decision. We are surprised to know that land trade routes in Kashmir are still open, making the ban ineffective," he said.

Over 40 CRPF personnel were killed on February 14 after a suicide bomber blew up his car full of explosives near a CRPF convoy on the Jammu-Srinagar highway.