The World Bank also said the country's adult population with a bank account has more than doubled to 80 per cent since 2011. 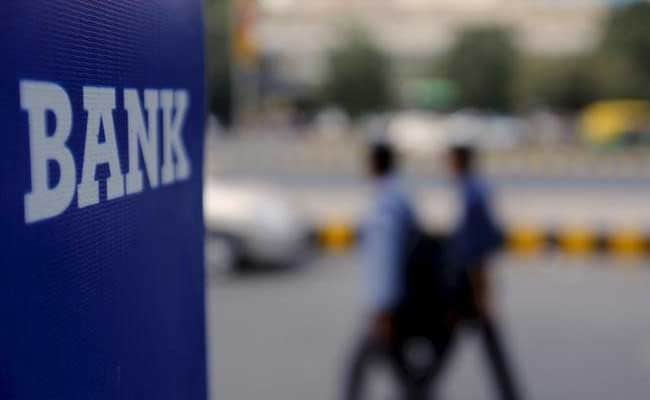 According to reports released by World Bank 11 per cent of the world's unbanked adults are in India.

Washington: India has 19 crore adults without a bank account despite the success of the ambitious Jan Dhan Yojana, making it the world's second largest unbanked population after that of China, the World Bank said today.

Besides, almost half of the bank accounts remained inactive in the past year, the multilateral financial institution said in a report, even as it lauded the Indian government's financial inclusion scheme, the Jan Dhan Yojana, for bringing in additional 31 crore Indians into formal banking system by March 2018.

It also said the country's adult population with a bank account has more than doubled to 80 per cent since 2011. The Jan Dhan Yojana was launched by the Modi government in 2014.

According to the latest Global Findex Database released by the World Bank on the sidelines of the annual Spring meeting of the International Monetary Fund and the World Bank, 11 per cent of the world's unbanked adults are in India.

Globally, 69 per cent of adults 3.8 billion people now have an account at a bank or mobile money provider, a crucial step in escaping poverty.

The bank said China and India, despite having relatively high account ownership, claim large shares of the global unbanked population because of their sheer size.

Home to 225 million adults without an account, China has the world's largest unbanked population, followed by India (190 million or 19 crore), Pakistan (100 million), and Indonesia (95 million).

The Modi government's massive push in 2014 to increase account ownership through biometric identification cards has benefited traditionally excluded groups, the World Bank said, but expressed concern that almost half of account owners have an account that remained inactive in the past year.

Part of the explanation might be India's Jan-Dhan Yojana scheme, developed by the government to increase account ownership, brought an additional 310 million Indians into the formal banking system by March 2018, many of whom might not yet have had an opportunity to use their new account, it said.

In India, the share of adults with an account has more than doubled since 2011, to 80 per cent, the World Bank said, adding that an important factor driving this increase was a government policy launched in 2014 to boost account ownership among unbanked adults through biometric identification cards.

Between 2014 and 2017, account ownership in India rose by more than 30 percentage points among women as well as among adults in the poorest 40 per cent of households.

Among men and among adults in the wealthiest 60 per cent of households it increased by about 20 percentage points.

The World Bank said a strong government push to increase account ownership through biometric identification cards in India helped narrow both the gender gap and the gap between richer and poorer adults.

In India three years ago, men were 20 percentage points more likely than women to have an account.

"Today, India's gender gap has shrunk to 6 percentage points thanks to a strong government push to increase account ownership through biometric identification cards," the report said.

Observing that for governments, switching from cash to digital payments can reduce corruption and improve efficiency, the World bank said in India the leakage of funds for pension payments dropped by 47 per cent (2.8 percentage points) when the payments were made through biometric smart cards rather than being handed out in cash.

According to the report, the gender gap in the use of digital payments varies substantially among developing economies.

"In the past few years, we have seen great strides around the world in connecting people to formal financial services," World Bank Group President Jim Yong Kim said.

"Financial inclusion allows people to save for family needs, borrow to support a business, or build a cushion against an emergency.

"Having access to financial services is a critical step towards reducing both poverty and inequality, and new data on mobile phone ownership and internet access show unprecedented opportunities to use technology to achieve universal financial inclusion," he added.

Globally, 1.7 billion adults remain unbanked, yet two-thirds of them own a mobile phone that could help them access financial services.

Digital technology could take advantage of existing cash transactions to bring people into the financial system, the report finds.

In South Asia, the share of adults with an account rose by 23 percentage points, to 70 per cent.

Promoted
Listen to the latest songs, only on JioSaavn.com
Progress was driven by India, where a government policy to increase financial inclusion through biometric identification pushed the share with an account up to 80 per cent, with big gains among women and poorer adults.

Got An Offer To Join Rebel MLAs In Guwahati But I Refused, Says Shiv Sena's Sanjay Raut