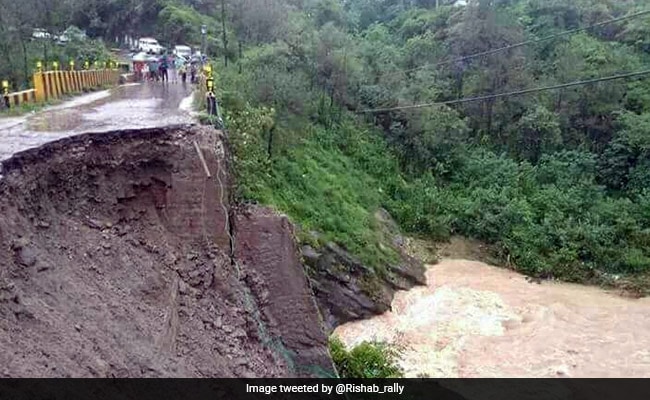 Heavy rain in Himachal Pradesh: Several hill roads in the state have been hit with landslides

New Delhi: Heavy rain in Himachal Pradesh for the last three days has claimed 19 lives. The state capital Shimla also received the highest rain in August in 117 years, the weather office has said. It has warned the hill state could experience more rain. The India Meteorological Department or IMD has also forecast heavy rain in other states. Goa and the Konkan region, Odisha and Kerala will continue to experience heavy rain, the weather office has said. A fall in pressure in the Bay of Bengal will bring rain to Uttarakhand in the next 24 hours, the IMD has said. Thirty-nine people have died in Kerala due to floods, and thousands have been displaced.

Here is your 10-point cheat sheet on the rain situation: