A civet cat and a leopard were spotted in two separate incidents and in two different areas in Telangana's capital city Hyderabad.

A leopard was seen lying beside a median on a highway in Hyderabad.

Ever since the imposition of nationwide lockdown, several reports have emerged of wild animals taking advantage of empty streets and venturing into public spaces.

A civet cat and a leopard were spotted in two separate incidents and at two different places in Telangana's capital city Hyderabad. 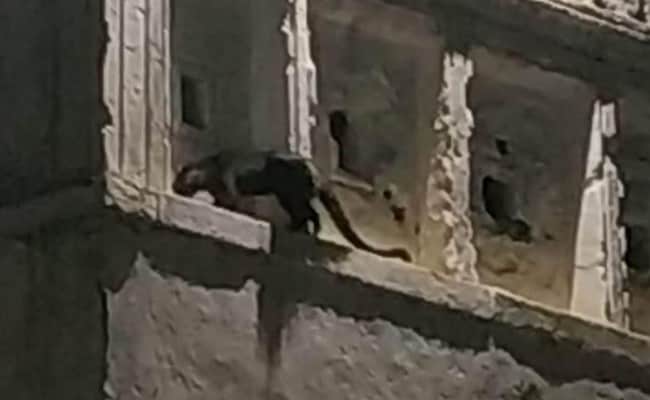 While the civet was seen roaming freely inside a mosque, Noorani Masjid, in Golconda area of the city, a leopard was seen lying beside a median on the National Highway-7 (NH-7) in Hyderabad's Mailardevpally.

Police and forest officials rushed to the spot along with the rescue team of city-based Nehru Zoological Park to capture the leopard which appeared to be injured, reported news agency Press Trust of India.

The sighting of the leopard created panic among locals and some motorists who were passing by the area, it said.

According to another report, the leopard ran away when the officials reached the spot to rescue it.

"The leopard was seen by the locals at around 8:15 AM on the NH-7. When the officials reached the spot, the wild cat ran into the nearby open place of the highway. The rescue operation by the police and forest officials is on," DCP Shamshabad, Prakash Reddy was quoted as saying by ANI.

People are mostly staying indoors with the lockdown in place since late March to stem the spread of the novel coronavirus which has infected more than 78,000 people and led to over 3,000 deaths across the country.

312 Passengers From Philippines, US Land In Hyderabad: Report