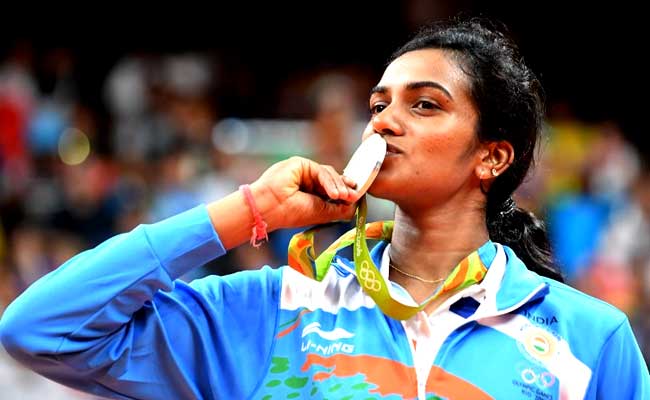 PV Sindhu will be given a warm welcome on her arrival at the Rajiv Gandhi International Airport.

Hyderabad: A grand welcome will be accorded to Rio Olympics silver medalist PV Sindhu when the badminton star arrives in Hyderabad on Monday.

Greater Hyderabad Municipal Corporation (GHMC) is making large-scale arrangements to welcome the Hyderabadi, who became the first woman to win an Olympic silver medal for the country.

The 21-year-old will be given a warm welcome on her arrival at the Rajiv Gandhi International Airport at Shamsabad on the city outskirts. She will then be brought in a procession to Gachibowli Stadium, where she will be felicitated.

According to GHMC commissioner B Janardhan Reddy, the star shuttler will be welcomed by school children and citizens at various points from airport to the stadium. He directed officials to install huge hoardings along the procession route to welcome the girl, who made India proud.

A special programme to felicitate Ms Sindhu on her historic win will be held at Gachibowli Stadium.

The GHMC commissioner on Saturday reviewed arrangements for the procession and the meeting with officials.