A representative of Krishnakriti Foundation, one of the organisers of the event, confirmed that the lecture titled "Unpopular Stories: Narrating the Indo-Islamic Past and Navigating Present-day Prejudices" was cancelled but did not elaborate. 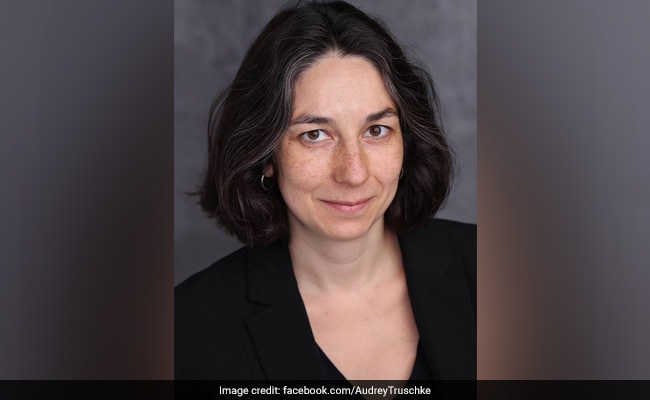 Historian Audrey Truschke's talk in Hyderabad scheduled for Saturday was cancelled, with the American author claiming that right-wing outfits were behind the cancellation.

A representative of Krishnakriti Foundation, one of the organisers of the event, confirmed that the lecture titled "Unpopular Stories: Narrating the Indo-Islamic Past and Navigating Present-day Prejudices" was cancelled but did not elaborate.

"I deeply regret that my presentation and the subsequent exchange of ideas will not occur.

"Today is a sad day for the pursuit of knowledge and academic freedom, and it is a happy day for proponents of the Hindu Rashtra," Ms Truschke wrote in a Facebook post.

The assistant professor at Rutgers University in Newark, New Jersey, tweeted that her lecture in Hyderabad was cancelled.

"The subject of 'Unpopular Stories', proved a bit too true, perhaps, when the Hindu Right protested to the police."

"The revised schedule is that I will not visit Hyderabad on this trip to India, regretfully," she said in another tweet.

In the Facebook post, Ms Truschke claimed the organisers took this decision after being informed by the Hyderabad Police that several individuals had written letters protesting her appearance.

"I saw only one such letter, and it was from an individual with self-admitted connections to the RSS, BJP and BJPM," Ms Truschke claimed.

She said she was to speak on several areas of her academic research, including Mughal history and Sanskrit literature.

Ms Truschke said she was especially looking forward to talking with Hyderabad citizens about 'Aurangzeb's brutal assaults' on sultanates in the Deccan in the 1680s and debates concerning what brought about the end of Indian Buddhism in the early second millennium CE.

However, a senior police official told PTI they had not asked the organisers to cancel the event.

"We have not withdrawn permission nor asked them to cancel the event, they themselves took the decision," the official added.

Thousands of musicians perform at Sillicon Andhra event in Hyderabad