Do You Feel Bloated And Have Gas, Diarrhea? You May Be Suffering From SIBO... Know All About It

Small intestinal bacterial overgrowth (SIBO) is a condition where otherwise beneficial bacteria end up in the wrong part of the digestive system, then proliferate and cause unpleasant symptoms such as abdominal pain, gas, bloating, constipation and diarrhea. 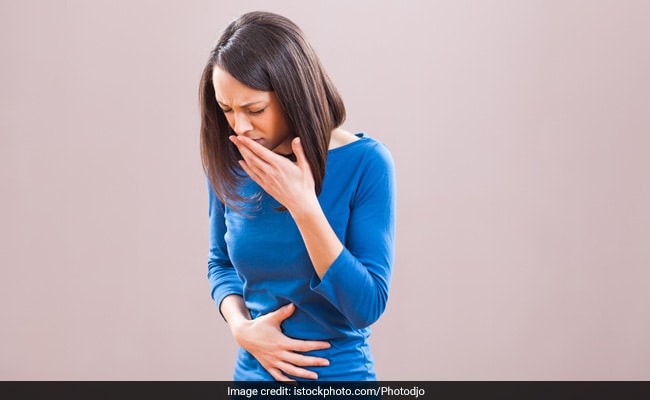 SIBO can also occur after certain abdominal surgeries, such as a gastric bypass

Your gastrointestinal system contains about a hundred trillion bacteria. That may sound scary, but it's actually beneficial because these bacteria help with digestion, immunity and other important functions.

Even though they are basically helpful, the bacteria can go astray in disagreeable ways.

Small intestinal bacterial overgrowth (SIBO) is a condition where otherwise beneficial bacteria end up in the wrong part of the digestive system, then proliferate and cause unpleasant symptoms such as abdominal pain, gas, bloating, constipation and diarrhea.

"Bacteria can be healthy and helpful as long as they stay in the large intestine," explains Erica Ilton, a New York dietitian specializing in digestive disorders. "Anything that allows them to get into the small intestine is not great, and predisposes you to SIBO."

Haven't heard of SIBO yet? You're not alone.

"It's more recognized now, but I still see patients who say their doctor didn't even know about it," says Hazel Veloso, a gastroenterologist at Johns Hopkins Medicine in Lutherville, Maryland.

This condition was once thought to occur in a small number of post-surgical patients, but recent studies suggest it's much more common than previously thought.

A review in the journal Clinical and Translational Gastroenterology said that SIBO may be found in people who have irritable bowel syndrome, Crohn's disease, celiac disease, diverticulitis, pancreatitis, hypothyroidism, Parkinson's disease, scleroderma, diabetes and coronary artery disease - and this list is not exhaustive.

SIBO can also occur after certain abdominal surgeries, such as a gastric bypass. And it's also common in people who take proton pump inhibitors to reduce stomach acid (reduced acid allows bacteria to flourish).

Veloso says that SIBO is also common among people who use narcotics such as oxycodone and morphine. The use of these medications slows down the passage of food through the gut, which is known as dysmotility. When food sits for longer in the small intestine, there's more time for bacteria to grow, which leads to SIBO.

"We're even now seeing SIBO come from gastrointestinal infections such as food poisoning," Veloso says. "Anything that causes the small bowel to be slow - even radiation for cancer or advancing age - can cause SIBO."

If you have any of these conditions and suffer from bloating or diarrhea, ask your doctor about being tested for SIBO.

"The gold-standard test for SIBO is a small bowel aspirate, but it's invasive and expensive," says Veloso. In this test, the doctor uses an endoscope to sample fluid from the small intestine, and tests it for the presence of bacteria that indicate SIBO.

"Whenever my patients say they have bloating, abdominal pain, fatigue, constipation or diarrhea, I order a lactulose breath test," Veloso says. "That's the easier way to test for SIBO, and it is noninvasive," she says.

For this test, the patient drinks a beverage containing lactulose (a type of sugar), then breathes into test tubes every 20 minutes over a span of three hours. The breath samples are tested to determine whether hydrogen and/or methane gas are being produced from intestinal bacteria. Those gases are signs that bacteria are growing in the small intestine. Some doctors also use a glucose breath test, which is similar.

If you want one of these tests, you should see a doctor instead of ordering a do-it-yourself home test kit. It's too easy to misinterpret the results, and a misdiagnosis certainly won't help you figure out the right treatment.

"A lot of gut conditions can mimic one another, so it's important to get a diagnosis before treatment," Ilton says. "Sometimes a client will say, 'I think I have SIBO,' but I make sure they have a real diagnosis before they start any dietary treatment."

If you are diagnosed with SIBO, a multipronged approach is available to alleviate symptoms, prevent the condition from recurring and eradicate the underlying disease. Antibiotics such as rifaximin are prescribed to kill bacteria in the small intestine, and nutrition intervention will help prevent further bacterial growth and address any nutritional deficiencies.

Ilton recommends her SIBO clients try a low FODMAP diet, an acronym that stands for "fermentable oligosaccharides, disaccharides, monosaccharides and polyols." Basically, FODMAPs are a list of sugars that may ferment in the gut. Bacteria thrive by eating FODMAPs, so eliminating them deprives bacteria of the preferred foods they need to eat, grow and proliferate.

"If it's within your budget, it helps to see a dietitian, who can take you through the three phases of the FODMAP diet, which include eliminating foods, adding them back in slowly, and identifying your triggers," Ilton says. "Patients who try the low FODMAP diet on their own get mired down and come to me saying 'I'm so confused' because the information they read online is conflicting," Ilton says. "If you're doing it incorrectly, you're not going to get relief."

The most common FODMAPs that trigger SIBO are lactose from milk products, and fructose found in honey, agave and fruits like apples and pears. The diet is only meant for short term use until symptoms are under control and potential FODMAP triggers are identified.

Ilton also recommends that her SIBO patients not eat or drink anything between meals. This helps ensure the proper functioning of the "migrating motor complex," which are waves of electrical activity that sweep through the intestines when you're not eating.

"If you're constantly grazing and you've got SIBO, you're not allowing this wave to sweep bacteria out of the small intestine," Ilton says.

Probiotic supplements (good bacteria) may be helpful for SIBO, but the status is murky.

"I hold out great hope for probiotics," Ilton says. "In the future, we hope probiotics will play a role in treating SIBO and many other conditions, but we're just not there yet."

Probiotics may become useful once they can be personalized to an individual's unique gut bacteria. Until then, it's impossible to know which probiotic strain may be beneficial. Veloso says prescribing probiotics is still controversial.

"We need to do more studies because some patients do really well on probiotics - and some don't," she says.

While SIBO is highly treatable, it may recur, so work with your doctor to get to the root of the problem. Treating the underlying reason for SIBO is the best way to prevent recurrence.

(Except for the headline, this story has not been edited by NDTV staff and is published from a syndicated feed.)
Comments
indigestionbloating