Nipah virus is a zoonotic infection, that is, it is a virus which comes from animals. Once a human is infected with this virus, it can further spread to other people in the family or to health workers who are there to take care of the patient. 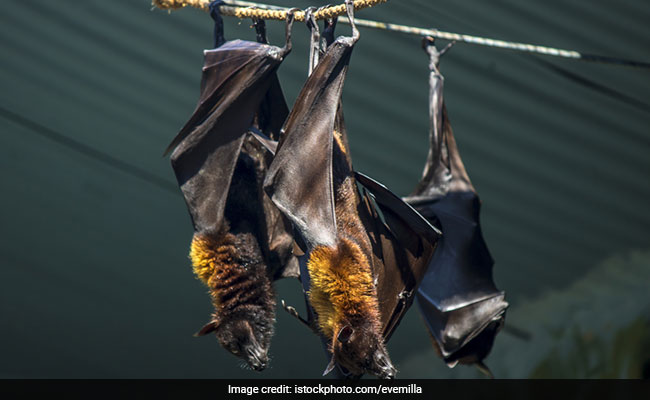 The primary source of Nipah virus are bats

After the death toll of Nipah virus rose in Kerala, with three deaths and eight others struggling for their lives, the state and Central government have started to take comprehensive action against this disease. After two more people succumbed to this disease in the past two days, the death toll has now come to 16. With this, the health minister southern states KK Shailja has warned about the possibility of a second outbreak. He also said that the second outbreak could mean more number of cases. However, the minister also said that there is no need to panic and the government is taking precautionary measures for the disease.

1. All meetings scheduled in the Kozhikode and Malappuram districts have been cancelled.

2. Doctors and nurses of the Taluk hospital in Balussery have been sent on leave.

4. Schools in the Kozhikode district to reopen on 5th June.

5. The collector puts all operations temporarily on hold after the Kozhikode district court superintendent succumbs to the virus.

6. Locals of the Kozhikode district asked to stay away from crowds.

7. The Kozhikode medical college has been prepared for new suspected cases of Nipah, 80 rooms set aside for these cases.

8. Delhi governments asks people to stay cautious; they also report that no cases have been reported in the national capital so far. Other states also put on high alert.

9. Central experts of the National Center for Disease Control is evaluating the condition and taking necessary measures, says a press release quoting the minister.

10. 203 samples of Nipah virus have been checked, 18 were positive and 16 succumbed to the infection. One unconfirmed death took place and 17 people are still under observation.

Doctor, however, say that it is nothing to worry about and it is just another viral infection, nothing to panic about. The Nipah virus was first detected in the year 1998 in Malaysia. The first case of this virus was detected in the Nipah village and that is where it gets its name from. This virus is highly contagious and can spread from animals to humans and from humans to humans and spreads easily. The primary source of this infection are bats. Bat urine, bat saliva and bat feces can carry this infection and spread it in humans and other animals. The virus can go from an infected bat to a pig or a goat or any other animal.

Dr Sushila Kataria says, "Nipah is a zoonotic infection, that is, it is a virus which comes from animals. Once a human is infected with this virus, it can further spread to other people in the family or to health workers who are there to take care of the patient. It can spread through direct contact, like touching the patient or his/her saliva or through cough and sneeze of the patient. Nipah can infect you within one week or five weeks of contact with infected bats or pigs."

"Nipah virus does not have a specific medical procedure or medication or a vaccination. All you can offer to the infected is supportive care. Initial symptoms of Nipah virus include regular flu-like symptoms including fever, headache, body ache, and fatigue. Basically, Nipah is a neuro-tropic virus. This virus has the tendency to affect your brain. Infected patients are likely to feel dull, unconscious or the patient can get seizures. Other parts of your body, like the liver and kidneys also start getting affected. There is a likelihood of organ failures as well," she added.

While stating that there are no such treatments for this virus, Dr Kataria gave some preventive measures, suggesting as to how people can keep themselves safe from Nipah virus. She said:

1. Avoid going to the dwelling places of bats. For example caves and wells. Stay away from bats as much as possible.

2. Be careful while consuming fruits and vegetables which come from that area. Avoid drinking palm sap in these places. If you wish to drink it, boil it once so that the virus is removed.

4. While rearing animals, make sure that you keep the bats away from the rest. Since bats are the primary carrier or this infection, bats must not be allowed to come near the other animals. Create a physical barrier so that bats cannot enter the place where other animals are kept.

5. Humans must be careful about going near the infected patient. No form of physical contact must be made with the patient. Only the people who are taking care of the patient must go.

6. People who are taking care of the patient must use proper personal protection devices. They must wear proper masks, gloves, glasses to avoid any form of contact with the patient. Nipah spreads easily with direct contact.

7. The patient must keep themselves hydrated.

8. Every fruit or vegetable which is to be consumed should be washed and cleaned properly so as to ensure that it does not have any trace of bat dropping or feces on it.

Watch: 139 New Cases Of Coronavirus Reported In China- Know How The Disease Spreads And What You Can Do To Prevent It