Nipah Virus: All You Need To Know About Nipah Virus And How To Prevent It

The deadly Nipah virus has already claimed 16 lives in the Kozhikode and Malappuram districts of Kerala. To this end,health minister of the southern state warns about the possibility of a second outbreak. He also warns that the second outbreak could mean more cases. 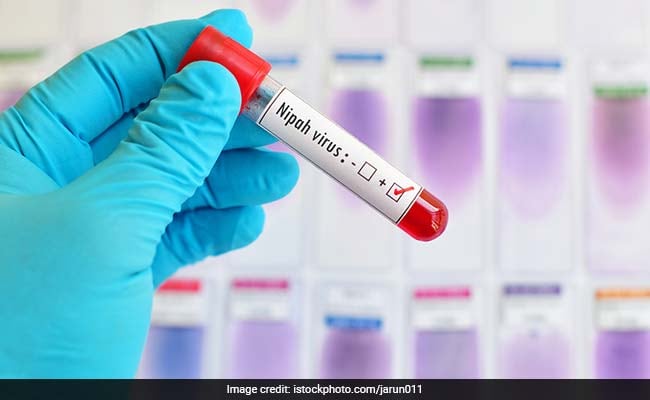 Nipah virus: It can cause fever and fatigue

As death toll in Kerala because of Nipah virus rises, there is an increased concern about the infection. This infection has high fatality rate. The virus is mainly spread from pigs, bats and other animals. This is the first time that Nipah virus has been detected in Kerala. Following the increase in death toll because of the infection, the Union Health Ministry has sent a team of experts to Kerala in order to assist people who are struggling to cope with the outbreak. The deadly Nipah virus has already claimed 16 lives in the Kozhikode and Malappuram districts of Kerala. To this end, health minister of the southern states warns about the possibility of a second outbreak. He also warns that the second outbreak could mean more cases.

KK Shailja, however, said that there is no need to panic here. The government has announced a number of precautionary measures including:

1. Cancellation of all meetings scheduled in the Kozhikode and Malappuram districts.

2. Doctors and nurses of the Taluk hospital in Balussery asked to go on a leave.

3. Kerala Public Service postpones all exams to be held till June 16th.

4. After the Kozhikode district court superintendent succumbed to the disease, all operations are temporarily put on hold.

5. People of the Kozhikode district are suggested to stay away from crowds.

6. Arrangements at the Kozhikode medical college have been made to check Nipah virus suspected cases and 80 rooms have been set aside for them.

7. The Delhi government, too, issued an alert requesting people to be cautious since no case has been reported so far in the National Capital. Other states are also on alert.

8. According to a press release quoting the minister, Central experts from the National Center for Disease control are evaluating the situation and taking necessary steps.

9. Till date, 203 samples were checked for Nipah virus, 18 were confirmed and 16 people succumbed to the virus. There is one unconfirmed death and the rest 17 cases are under observation.

Nipah virus infection is a disease which can be transferred to humans from animals. It can cause severe diseases to both animals and humans. Natural host of the virus is fruit bats of Pteropodidae Family, Pteropus genus. The outbreak of the disease was first reported in Kampung Sungai Nipah, Malaysia in 1998. Intermediate hosts of this instance were found to be pigs. There were no intermediate hosts found in subsequent outbreaks of the disease. It was in 2004 in Bangladesh that humans got infected with Nipah virus after eating date plam sap contaminated by infected fruit bats.

Transmission of Nipah virus takes place through direct contact with infected pigs, bats or other people infected with the virus. To prevent being infected by the virus, people should avoid consuming fruits that have fallen on the ground.

Cardiologist Dr Sameer Gupta says that Nipah virus causes a viral infection which can be transmitted from infected pigs and bats. "There are very rare cases of human to human transmission of Nipah virus," he says.

Explaining some of the symptoms of the infection, he adds, "Nipah virus can cause fever, tiredness and also affect the brain. The virus has high mortality rate and is geographically limited as of now. It is only in Kerala and nearby places."

Ask him about the treatment for the virus and he says that people infected with Nipah virus need supportive care treatment. "There are no anti-viral medicines for this disease. We are still learning about this new virus because its comparatively new and rare virus," he says.

Incubation period of nipah virus is about 5 to 14 days. It is after this period of time that the symptoms become more visible. In some cases, symptoms of Nipah virus include stomach pain, choking, vomiting and blurred vision. A patient might possibly get into coma a few days after the symptoms begin. There are also high chances of contracting encephalitis which affects the brain.

To avoid being infected by the virus, avoid drinking toddy brewed in open containers near palm trees. Staying away from an infected person is important. You must maintain a distance from the patient and sanitise and wash your hands properly. Clean your clothes, utensils and bathroom items like mugs and buckets separately. Ensure that they are all maintained hygienically.

While carrying the dead body of anyone who dies of Nipah infection, it is important to cover your face properly. Relatives or friends of the deceased person must try and avoid hugging or kissing the dead person. Take utmost care while bathing the dead body.

(This story has not been edited by NDTV staff and is auto-generated from a syndicated feed.)
Comments
nipah virusnipah infection

#MondayMotivation: This Week, Try To Make These 6 Lifestyle Changes For Better Health And Weight Loss