The call centre, which was operating since February this year, pretends to be working from America on behalf of the US government. 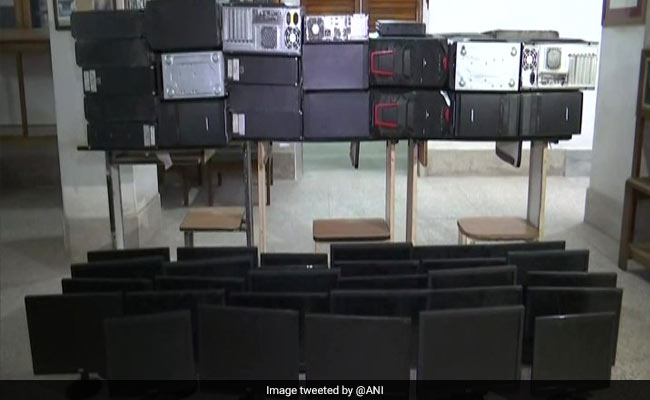 The prime accused was arrested two years ago for the same crime from Guwahati. (Representational)

Assam police on Tuesday busted a call centre racket and arrested 37 persons, including nine women, for allegedly duping a large number of people in the US.

A database of around seven lakh American citizens was seized from the office of Avenir call centre, which was operating from a rented house in Guwahati, clocking a revenue of over Rs 50 lakh per month, police said.

The money collected from the US nationals after duping them come through a "hawala network" from US to Guwahati with the help of brokers based in the two countries, Assam Additional Director General of Police (CID) L R Bishnoi told reporters in Guwahati.

"We have been working on this for 15 days. Last night, around 40 CID officials raided the complex and picked up 37 persons, including the main kingpin of the entire network, but one managed to escape," he said.

Explaining the modus operandi, he said the call centre, which was operating since February this year, pretends to be working from America on behalf of the US government.

"It works as per American timings and opens at 8.30 pm every day. They call blast around 60,000 people daily by sending group messages, containing a phrase like 'we are calling from Social Security Administration'. Then they scare people by saying that their SSN is found to be involved in some illegal activities," the senior officer said.

In the US, a Social Security Number (SSN), similar to India's Aadhaar, is a nine-digit number issued to citizens and residents by the Social Security Administration, an agency of the American government.

"From them, usually 4,000-5,000 people call back. The calls land in Guwahati through an IP network and the call centre starts exploiting the people by stating that they had violated some laws. They are then asked to deposit some money depending upon the nature of the ''crime'' narrated to them," Mr Bishnoi said.

On an average, 30-40 American people deposit the amount demanded every day.

The call centre was owned and run by Rajesh Khan alias Rajesh Mukherjee, who has been arrested by the CID officials.

When presented before the media, the accused said, "The entire money is transacted through hawala network. It is done online and no physical contact is needed... I learnt everything about this business from YouTube videos."

Mr Bishnoi said Rajesh hails from Gujarat, and was arrested even two years ago for the same crime from Guwahati.

"The accused, along with two of his accomplices, hire the youths by advertising jobs. Apart from paying around Rs 20,000 salary every month, they are also provided with accommodation, food and transportation," he said.

"We have also seized 40 workstations, 32 mobile handsets, one laptop, pen drives and huge quantities of documents.

"Once the entire case is solved, we will write to police of other states, the US authorities and Interpol," Mr Bishnoi added.