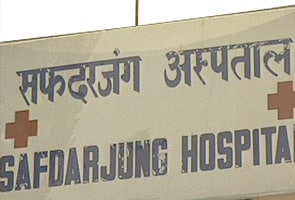 New Delhi: A six-year-old, with signs of severe sexual assault, lies alone in the Intensive Care Unit of Delhi's government-run Safdarjung Hospital.  Her intestines were damaged and her private parts had been injured.  She has gone through reconstructive surgery.

Medical tests have been conducted to determine if she was raped.

A couple from Gurgaon, whose description of their missing daughter matched that of the child in the hospital, have identified the childas their daughter.

She was found bleeding on the roadside in near the Delhi-Haryana border on Sunday night by a passer-by who alerted the Delhi Police.

Promoted
Listen to the latest songs, only on JioSaavn.com
Doctors who attended to her say the child can be released from hospital later today, most likely in the care of an NGO.