Gurgaon Engineer Stabs Mother For Not Allowing Him To Meet Wife: Police

The 32-year-old man allegedly killed his mother in a fit of anger when she refused to allow him to unite with his wife and son, said the Gurgaon police. 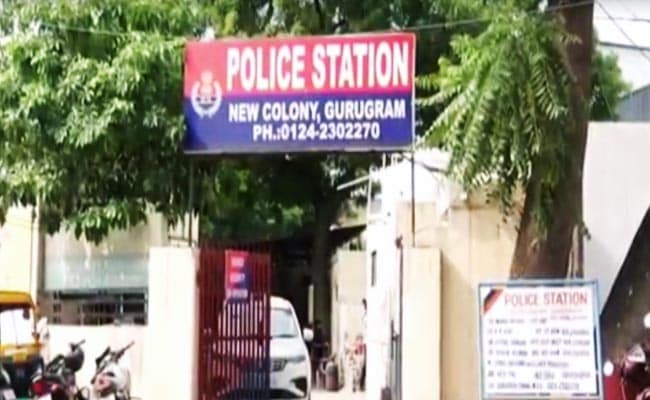 The entire act was captured on CCTV, which showed the accused stabbing his mother multiple times.

A 32-year-old engineer was arrested within hours of allegedly stabbing his mother to death, police on Friday said.

The incident had happened in Shivpuri area Thursday night, they said.

The accused, Manish Bhandari, was employed with TCS and had lost his job last year during lockdown, police said.

He had also separated from his wife and son, who had left him in December 2018 and since then had been living in Manesar area, police said.

Bhandari allegedly killed his mother in a fit of anger when she refused to allow him to unite with his wife and son, they said.

The entire act was captured on CCTV, which showed the accused attacking the woman, pushing her to the ground, and fleeing after stabbing her multiple times more, they said.

The knife used in murder has been recovered from the accused who is currently being interrogated, said a senior police officer.

The scooty he fled on is yet to be recovered, and a search is on for it, he said.

"Due to a domestic discord, his wife and son had been living separately from him for the last four years. He claimed that he wanted to bring his wife and son back, but his mother refused, and in anger, he stabbed her to death," said DCP Crime Rajiv Deshwal.

The victim, Veena Kumari, had retired as deputy superintendent from the health department, and lived with her husband in Shivpuri Colony. Bhandari too lived in the same colony, but separate from his parents.

The incident took place around 9:00 pm when Kumari was on her way to give food to her son.

As per the complaint filed by victim's husband Ranveer Kumar Bhandari, a retired employee of Indian Railways, the husband and wife used to send their son food as he lived close by.

"My wife was supposed to be returning home after giving dinner to my son. I went looking for her near the park, and saw the two talking. She asked me to leave. I went back and sat outside my house," said the father of the accused.

"Soon after, there was a noise in the street. When I rushed in its direction, I found my wife lying in a pool of blood, and my son gone," he said.

His wife was rushed to a private hospital with the help of some locals, where she succumbed to her injuries, he said.

Following the complaint, an FIR was registered against the accused under section 302 (murder) of the Indian Penal Code at the New Colony Police Station, police said.

A special team led by SHO Rajesh Kumar arrested the accused within hours.

"We are interrogating him. He will be produced in a city court by tomorrow," Kumar said.